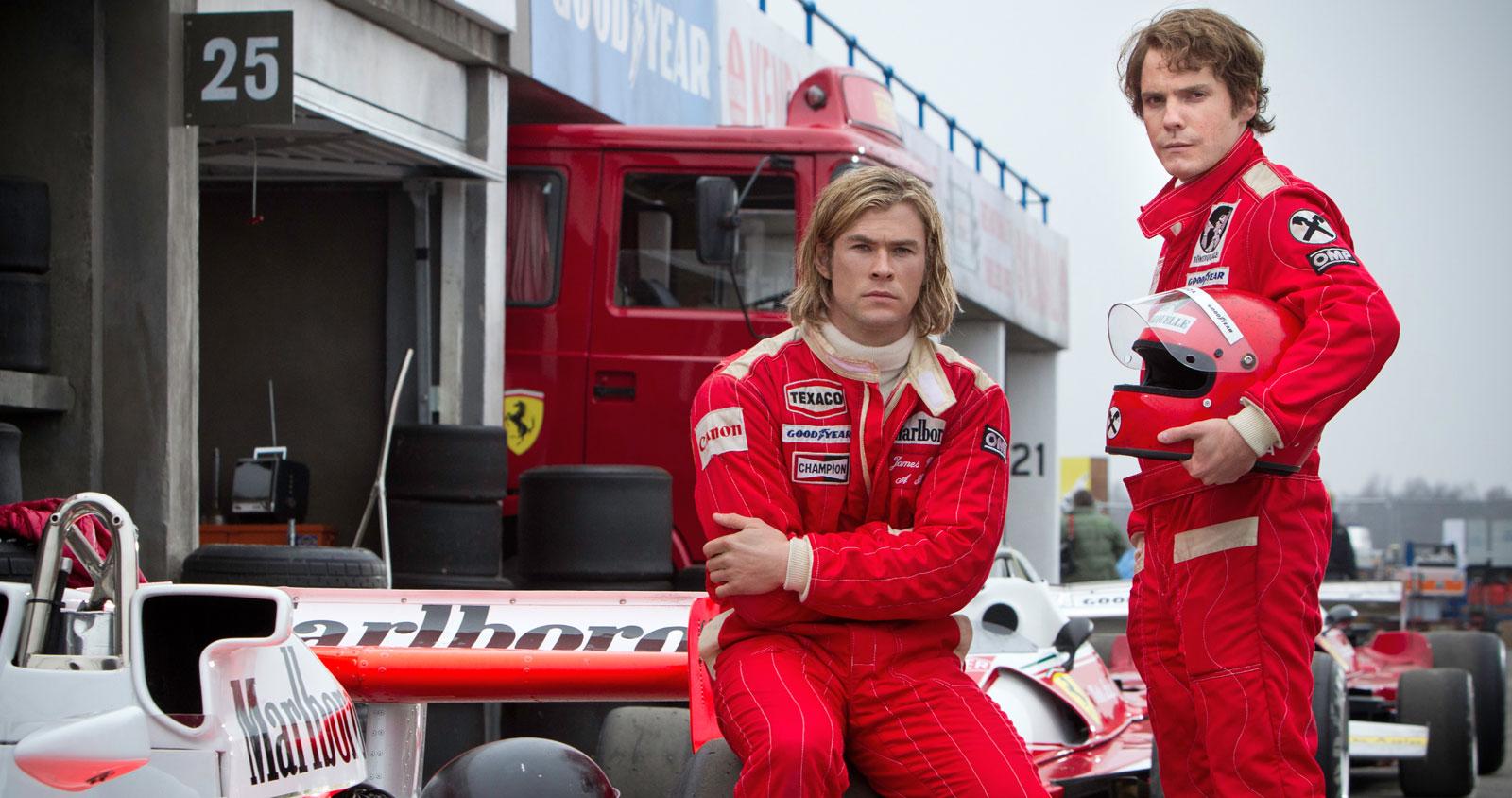 While Formula One may not be a sport most Americans know, they are well aware of rivalries among participants. “Rush” tells the story of animosity between Formula One drivers James Hunt and Niki Lauda in the 1970s.
During this time, Formula One racing was about going fast rather than about being safe. Lauda’s rear suspension failed during the 1976 German Grand Prix, causing him to crash. As his car burst into flames, Lauda was trapped in the inferno for an entire minute until paramedics were able to pull him out.

For a racing movie, there are more scenes off of the track than on it. This was necessary, however, because it provided the backstory needed for the dynamic characterization of Hunt and Lauda.
Chris Hemsworth plays British playboy James Hunt very well. While Hemsworth had some subtle accent work that felt odd at first, his charm grew on me. By the end of the film you can’t even notice.

On the other side of the grid from Hunt is the cunning Austrian, Lauda, played by Daniel Bruhl. Bruhl modeled his portrayal from a personal visit with Lauda. In an interview with Top Gear Bruhl said, “He flew me to Brazil on his own jet, to attend the Grand Prix. ‘Come to Vienna but just bring hand luggage… in case we don’t like each other and I have to send you back home.’” Bruhl had Lauda’s personality and face as well-imitated as it could ever be. It is likely he will get a nomination for outstanding supporting actor.

Hans Zimmer never fails to bring a spark of intensity to films with his score, and “Rush” was no different. You may have heard his work before in Christopher Nolan’s “Dark Knight” trilogy and Disney’s “Pirates of the Caribbean.” Zimmer uses a soft violin for when it was needed and a nice rock ‘n’ roll vibe for the scenes that included the roaring engines Hunt and Lauda used to battle each other.

I highly recommend this film for any car enthusiast or anyone who is fan of sports. If you’re more interested in the historical context of the story and development of characters, I’d still suggest giving “Rush” a view, as the story being told is phenomenal.

Los Rios Police Department gives back to the community