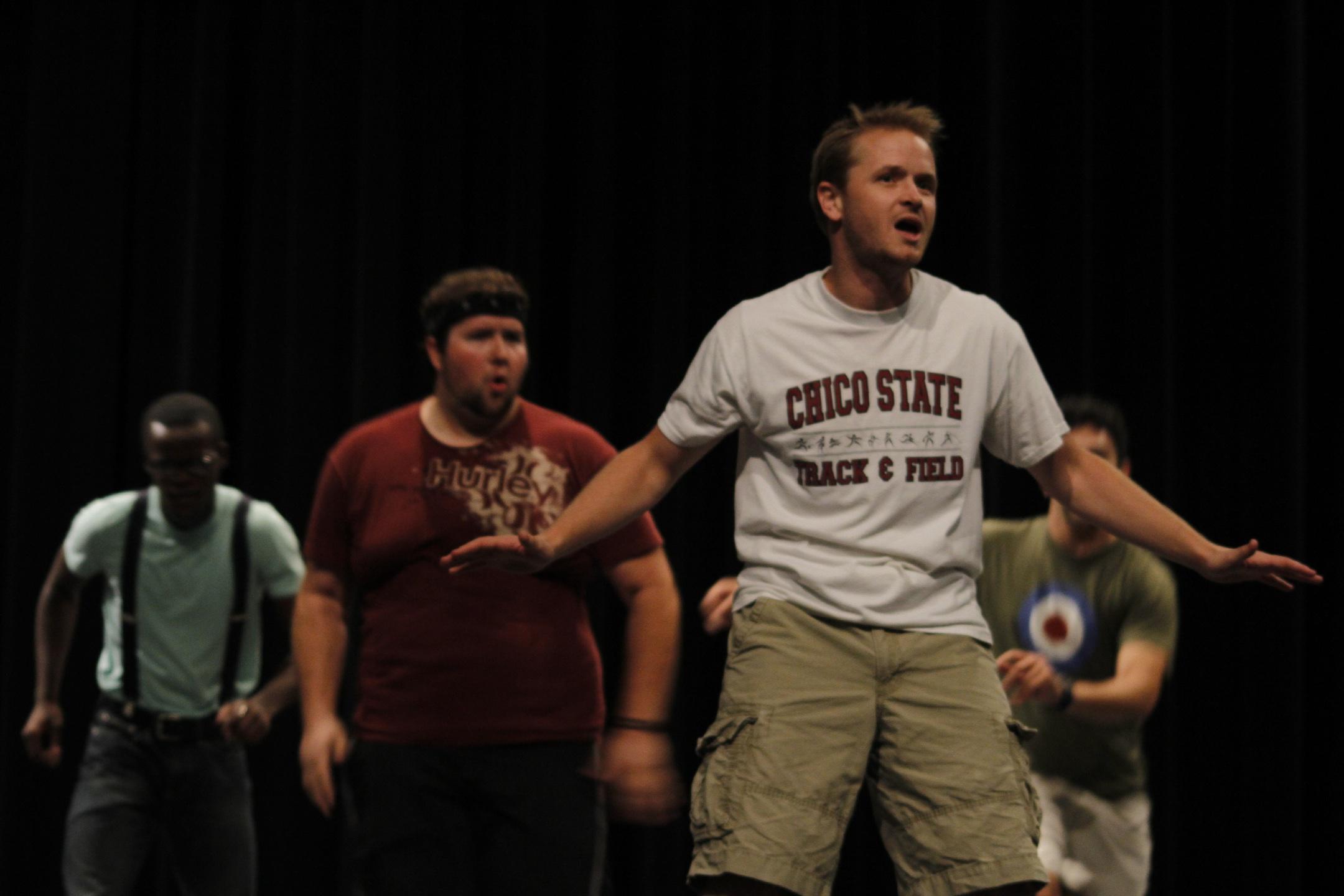 Labor issues, unemployment, relationships, and body image are all issues that characters deal with in the American River College production “The Full Monty” opening Oct. 7.

If you’re wondering if “The Full Monty” is a spin-off of the very successful 1997 British film, the answer is yes. Usually, movies come after the play, but in this case the play was adapted from the movie.

The play is based off the original musical written by Pulitzer Prize-winning playwright Terrence McNally, with music and lyrics written by David Yazbeck. It’s sure to be “The most fun $12 (a student) can possibly ever spend,” said the Director Pamela Downs, who teaches theater and film at ARC.

For those not familiar with the story, it’s about a group of men in Buffalo, New York who have been laid off from work. “It’s somewhat realistic compared to most musicals, it deals with real people and with real problems,” says Downs, “It’s the perfect time.” One of the six main characters decides to put on a show — Chippendales style — to earn money.

The out-of-work men decide that in order to make their show better then the pros, they’re going to bear it all i.e., “The Full Monty.” In Britain, the phrase is comparable to the use of “the whole enchilada” in the U.S.

Rehearsing since Aug. 8 and opening Oct. 7, the cast has put in plenty of hours of hard work that is clearly shown in their rehearsals. “This is going to be an amazing production,” said Downs. “The voices are amazing and the ensemble cast is terrific.”

Downs considered the movie version but has decided to stick to the musical version with a setting in Buffalo, New York. The diverse cast will incorporate 29 actors, including two professionals, children, women, and men. The cast is full of different ethnicities and ages ranging from 9 to 82 years old.

“This cast is wonderful,” said Downs. The cast appears eager and highly motivated. The production is filled with solos accompanied by numerous choreographed songs and dances with orchestra jazz music. “I think men will enjoy the production as well as women, maybe even more than the women,” said the director.

“Everyone wants to know if the cast is taking off their clothes,” said Downs “I say you have to come to the play to find out.” For those who don’t want to wait, a little knowledge that the cast has the opportunity to make the choice to deliver “The Full Monty” or not, may ease some curiosity. In order to know for sure what choice is made, you will just have to attend the production to gain the first-hand knowledge.

The production may not be on Broadway, but it is sure to be nothing short of the same enjoyment and laughter.

New round of bomb threats made at ARC

Be the first to comment on "ARC Presents: ‘Full Monty’"