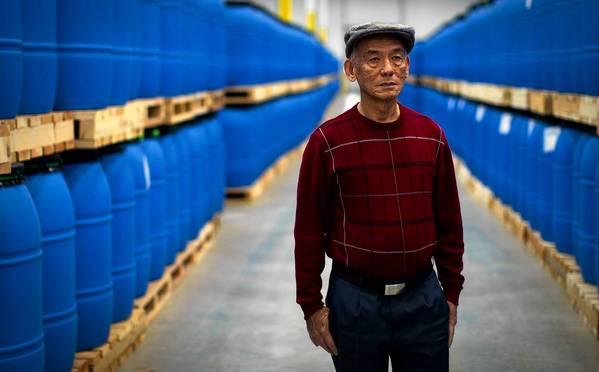 Sriracha—I personally am a huge fan of the sauce, adding it to everything from grilled cheese to eggs.  But I had never heard about, or even considered, the background of my favorite condiment.  Naturally, when I came across this article about the creator of the sauce and the story of his company, I was immediately interested.

David Tran introduced the hot sauce to the U.S. in the 1980s after fleeing South Vietnam with his family.  He founded his company, Huy Fong Foods, named for the Taiwanese freighter that brought him to the U.S.

Since then, Tran has kept his signature hot sauce consistent, using only the hottest peppers and processing each chili within one day of harvesting to ensure spiciness.

Tran does not plan on expanding Huy Fong Foods, instead focusing on making Sriracha and two other sauces.  He has rejected every offer from investors and potential buyers, opting instead to keep it a family business.  Currently, Tran’s son is the president and his daughter is the vice-president.

Huy Fong Foods is preparing to move to a new facility in June that could triple its production.

Despite many imitators, it appears that Huy Fong Foods and Tran’s original Sriracha are here to stay.

In Our Heads: Sarah Scott

Be the first to comment on "What we’re reading: ‘Sriracha hot sauce purveyor turns up the heat’"