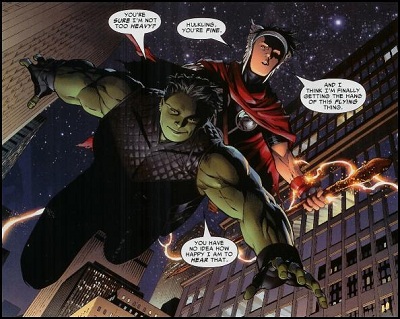 What we’re reading is a new feature that will update every Thursday online. It will share the articles of the day that the Current staff is reading and our perspectives and thoughts on them.

In comics, however, you probably know of Batwoman, Green Lantern, possibly Hulkling and Wiccan of Young Avengers, the Ambiguously Gay Duo, Hercules, even certain versions of Wolverine.

You may not know they’re gay, but a number of major characters have been outed. I knew of some of these characters (Wiccan, Hulkling, Northstar) and their alternative sexualities before reading this, as well as some of the characters the preamble mentions (Kate Kane- Batwoman, Alan Scott- Green Lantern), but others were news to me, mostly characters I didn’t know of anyway (Shrinking Violet, Pied Piper).

Really, it seems like Marvel is the better company for gay characters. DC treats them as publicity stunts. DC characters who are mentioned as just happening to be gay in the comics, as opposed to being outed to the media through a press release, are a small club. Marvel characters are gay as part of the general complexity they typically have over and above DC characters.

Be the first to comment on "What we’re reading: 9 Mainstream Comic Book Characters Who Came out as LGBT on the Page (and Not in a Press Release)"