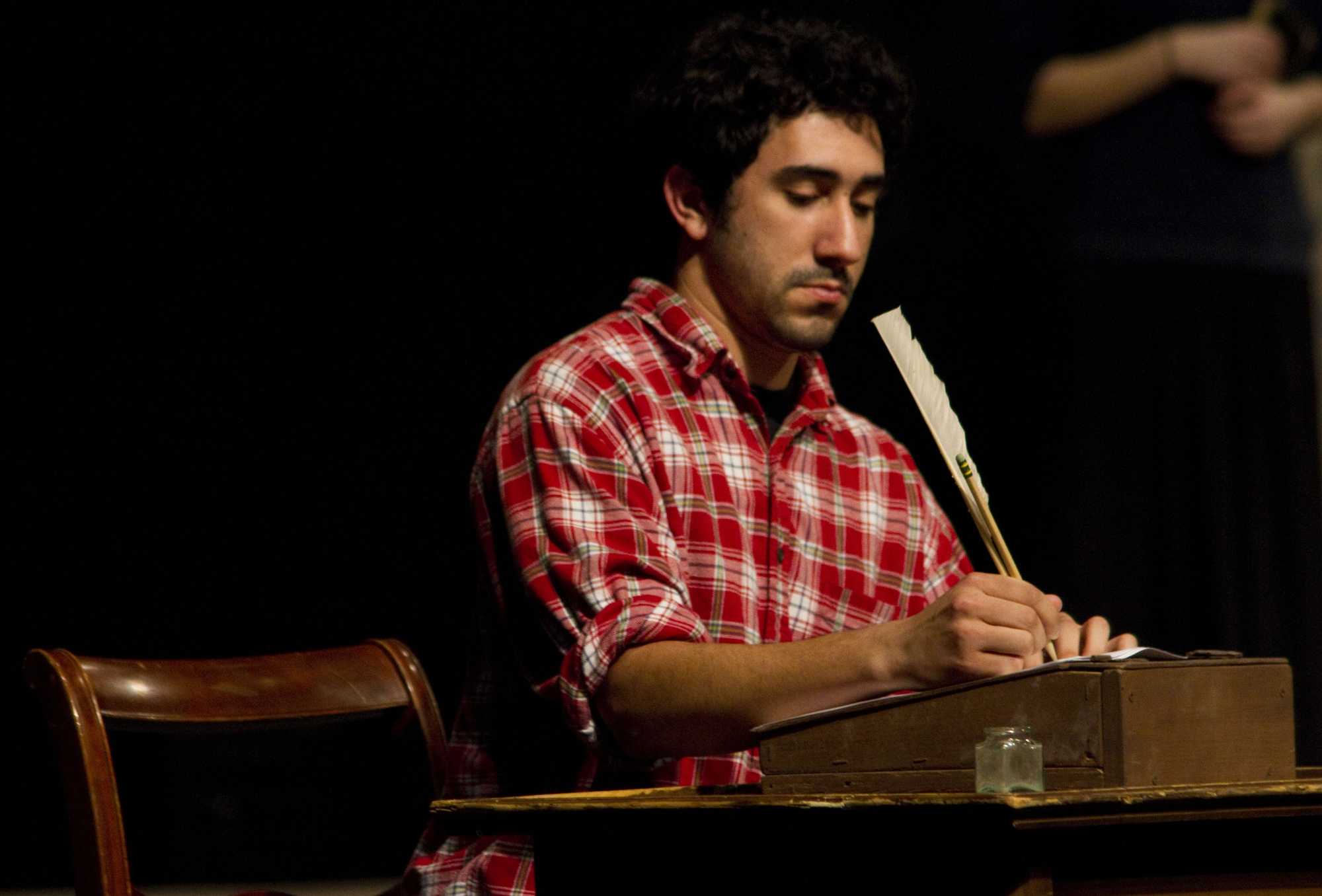 John Farnsworth, in his role of Mr. Darcy in the American River College campus production "Pride and Prejudice." (Photo by Bryce Fraser)

Jane Austen’s “Pride and Prejudice” is set in the turn of the 19th century and revolves around Elizabeth Bennet and Mr. Fitzwilliam Darcy. The story shows how they are forced to be around each other, and end up falling in love after realizing that they judged each other too harshly.

“Pride and Prejudice” was published in 1813 and has sold more than 20 million copies worldwide. The book has also had many film, book, stage, and graphic novel adaptations.

Tracy Shearer is directing an adaptation of “Pride and Prejudice” that focuses more on the relationships between the characters rather than the small details within the story. The production opens at the American River College Theatre on April 20.

Elizabeth Bennet will be played by Stephanie Wurster and Mr. Darcy by John Farnsworth. Due to their intimate relationship offstage, their onstage chemistry is electric.
Wurster has been acting since high school, and has been in plays such as “Spring Awakening,” “The Wedding Singer,” “Rumors,” and “As You Like It.” This is Wurster’s first big production at ARC and she is very excited for opening night.

When asked about the audition process Wurster said, “It was nerve-wracking, I wanted to just throw up and cry the whole time. I was so scared.”
Farnsworth said, “For me (the audition process) was the usual. You’re always nervous just because, whether they’re doing it or not, you’re always judging appearance and skill. There’s always a fear of rejection, but you still have to put your best foot forward; you can’t let it get to you.”

Farnsworth has been in plays such as “The Full Monty,” “Antigone,” “Slaughterhouse-Five,” and “Jekyll and Hyde” here at ARC.

The stage was still very bare during rehearsals, but the cast was working hard with setting up the props for each scene. Once everything was properly set, everyone was ready to go, and all of the actors work well and professionally together when it’s time to start.

The dancing that is done during the party scenes is very simple and elegant, but fits well with the time period. “Comparatively, this (choreography) is like a dream because all the other shows I’ve had the choreography was actual dancing. This is like silly old British people dancing where a little hop is the craziest thing. I’m having a blast. It’s easy to do,” said Farnsworth.

“The costumes here are fantastic, especially for a show like this,” said Farnsworth, “What’s good for the guys — I don’t know how it is for the girls — but the type of clothes you have to wear just makes you stand up straight.”

According to Farnsworth, they did a lot of going through scripts with the director in order to get the right type of dialect for the play. Both Farnsworth and Wurster said that they had to do a lot of standing up straight to get prepared for the play.

Q and A with director Sam Williams on Domestic Crusader’s

Rape culture and the myths

The Joy of X fails to inspire joy