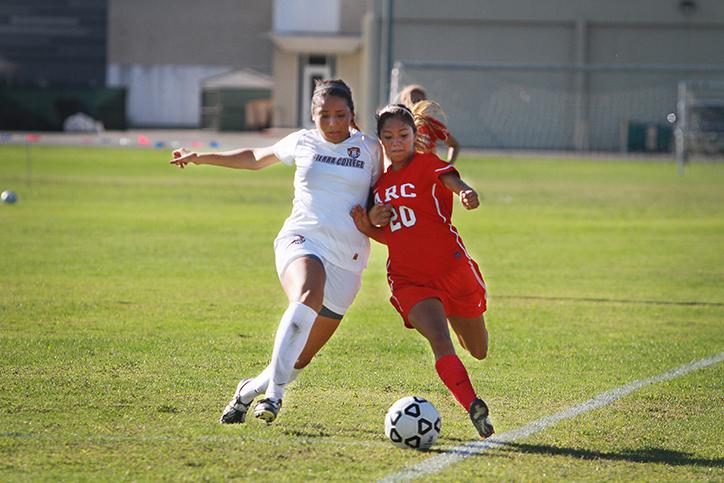 The Wolverines were led by two second-half goals from sophomore forwards Meghan Martell and Carissa Schlesinger.

The game was physical on both sides, but that is what ARC anticipated.

“Sierra always plays that way. They put a lot of pressure on you, just by being physical,” head coach Paul Arellenas said. “If you don’t respond to it, you end up getting beat…but I thought we held our own.”

One player who held her own was freshman forward/midfielder Jazzmin Hancock; she was thrown out of the game with a red card for fighting. Hancock will also miss the next match the Beavers play as a result of the card.

The team played well despite the loss.

“As a group I think we talked well and we were very aggressive,” freshman forward/midfielder Alexandra Ramos said.

The women’s next match is at home against Santa Rosa Junior College Oct. 8 at 3:30 p.m.

Be the first to comment on "Frustrations Boil Over"