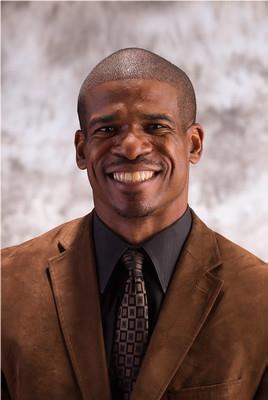 Steve Roberson, the new athletic director and dean of kinesiology at American River College, got his role in January 2022, overseeing the men’s and women’s sports programs as well at the kinesiology department. (Photo courtesy of Steve Roberson)

The first day of January this year was not only the start of a new year for Steve Roberson, but it was the start of his new role as the dean of kinesiology and athletic director at American River College.

Roberson, who comes to ARC from Sierra College, oversees the men’s and women’s sports programs at ARC in his role as athletic director. He overlooks sports facilities, game management, coordination of athletic events and ensures that ARC is providing the best experience for student-athletes.

Roberson says that he used to be a student-athlete himself.

“I came up to the Sacramento region in 2002 and walked onto the football program at Sacramento State University,” Roberson said.

Roberson says he was interested in working in sports because of his experience as a player.

“I grew up around athletics and that’s the reason why I got into coaching. As I was coaching I also had a passion for wanting to pursue education,” Roberson said.

As Roberson dove further into his master’s degree at Ohio University, he started to see the gaps from a policy standpoint in post-secondary education and how it affected student-athletes.

“I wanted to be able to further my education and get my doctorate degree from Sacramento State,” Roberson said. “So that way I could be in a position such as this to be able to be a voice for student-athletes to ensure that they have the necessary tools to navigate college and achieve their degree.”

Roberson’s first community college administration role came at Sierra College in 2019 where he worked as the associate dean of kinesiology and assistant athletic director.

Roberson says that Sierra College took a chance on him to be able to transition to the college administration.

Rachel Johnson, Sierra College dean of kinesiology and director of athletics, says that she enjoyed working with Roberson because of his commitment to the students.

“Steve was very thoughtful and always kept student interests at the core of his work,” Johnson said in an email to the Current.

Johnson added that she thinks Roberson will do great in his new role and that it was only a matter of time before Roberson got his own department.

“I believe Steve’s natural leadership ability, commitment to students and dedication to athletics will allow him to be very successful in his new role,” Johnson said. “Having an associate dean and assistant athletic director who could operate the department as if it was his own, was something that I will never take for granted.”

Roberson says that the student-athletes have been awesome in his couple of months at ARC.