ARC Improves to 4-3 after the win 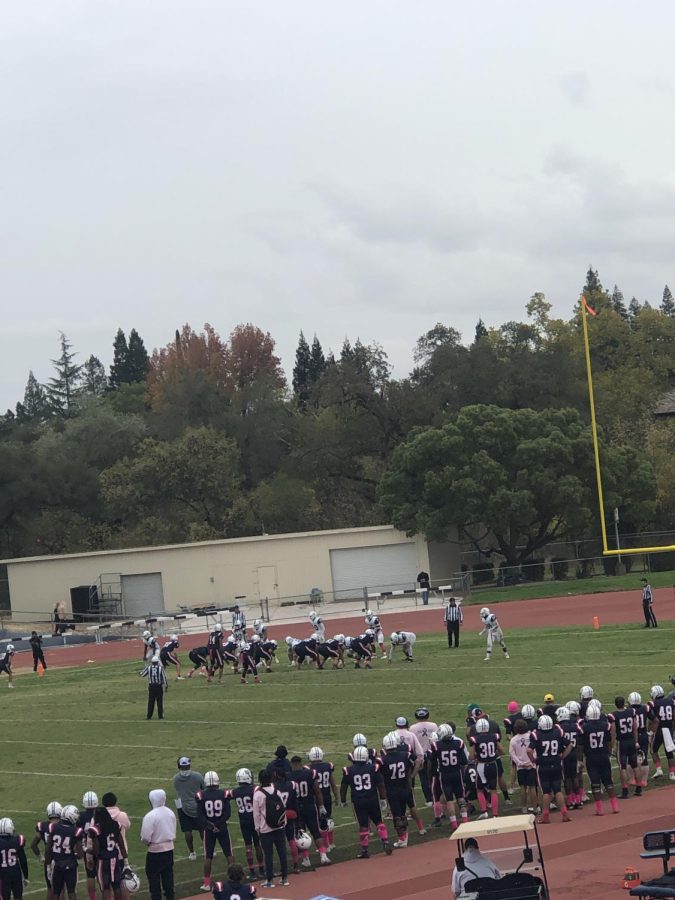 The American River College football team drives for a score to put an end to the game against Santa Rosa College on Oct. 23 (Photo by Cynsere Kelly)

The weather for the game was around 60 degrees and cloudy with rain that came down sporadically., The contest wasn’t called for bad weather, however, but played all the way through.

The ARC team had a balanced showing on both sides of the ball. The offense had a total of 348 yards, with 153 yards passing and 195 yards rushing. They also had 15 first downs for the game.

The rushing leader for this game was ARC’s Avant Jacobs, a receiver turned running back. Jacobs had 19 rushes for 128 yards with three touchdowns.

Jacobs, who had a great offensive performance, thanked his coaches for their great game plan, as well as the team’s offensive line for his rushing performance.

“Coach had a great game plan everyone bought in,” Jacobs said. ”I believe my success in the game came from the big guys up front; they make our offense go. I don’t help contribute in the way I believe I can without them.”

Jon Osterhout, ARC’s head coach, said this was a good win for the program and the team looks forward to preparing for the next opponent.

“Our team is playing complementary football in all three phases, and we have showcased the ability to play collectively towards one common goal. We have positioned ourselves to meet our outcome goals as a football program,’’ Osterhout said. “We will enjoy this win and begin preparation for a tough Butte College team on the road next week.”