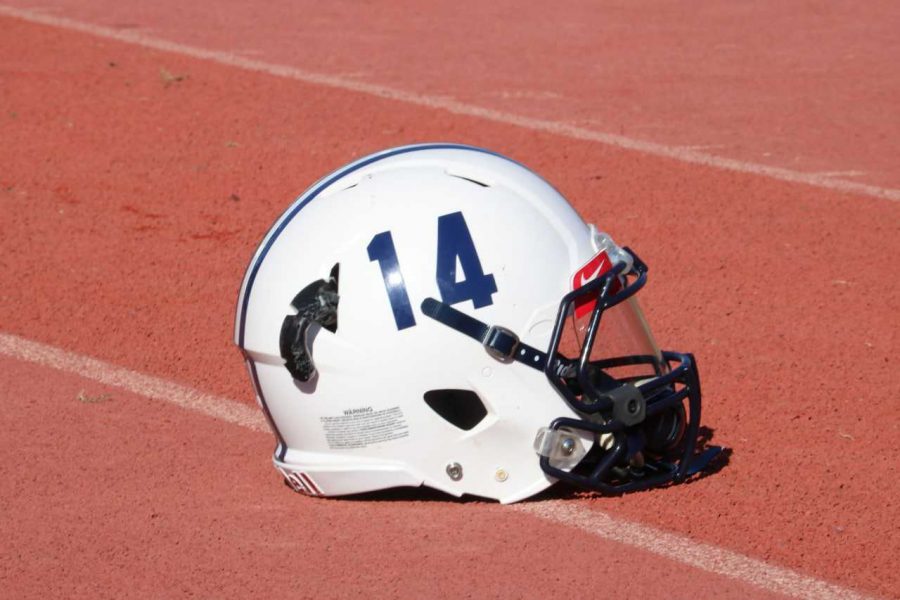 With all of sports at ARC on a hiatus due to the pandemic, the football team is still hoping that they'll have the chance to play in Spring 2021. (Photo by Brandon Zamora)

The sports world has been heavily impacted due to the ongoing pandemic, and sports at American River College are feeling the effect as well with no sports played during the fall semester. One of those sports programs at ARC that is unable to play this semester is the football team.

Despite football season being canceled for schools in the California Community College Athletic Association this semester, ARC’s football team is still finding ways to keep the team together as well as hoping that there will be a chance to play football next semester in the spring.

According to Jon Osterhout, the team’s head coach, the players still meet every week but “everything has to be done through Zoom” since they’re not allowed to meet up in person. It’s during their meetups where the coaches teach the players about the playbook.

According to Osterhout, even though football hasn’t been played this semester, players will still qualify for another season of playing football thanks to a waiver from the CCCAA.

“This does not count for a season of eligibility,” Osterhout said, “A waiver has been approved by the CCCAA for all fall sports and student-athletes so they won’t lose a season of competition.”

There is a chance for sports, football included to return to the spring semester. However, according to Osterhout, there are many things still unclear and holding back that final decision to be made with next semester approaching very soon.

“The CCCAA approved to move fall sports to be played in the spring semester and every school in Los Rios has the option to either opt-in or opt-out as well as a date to make that official decision from the CCCAA,” Osterhout said. “We’ve been approved to play in the spring but we’re waiting on other schools to make their decision as well.”

According to Osterhout, up to this point, there still hasn’t been a clear decision on when that opt date will be announced, and everyone on the ARC football team is growing weary on the wait for this announcement to come.

“We’re just stuck until the CCCAA decides on a date for schools to decide to opt-in or opt-out,” Osterhout said. “No one seems to have a set, but if it’s safe and we have protocols in place then why not let the students go out there and play football?”