NBA standards might be different than ARC’s, but the pressures of restarting their seasons are very similar 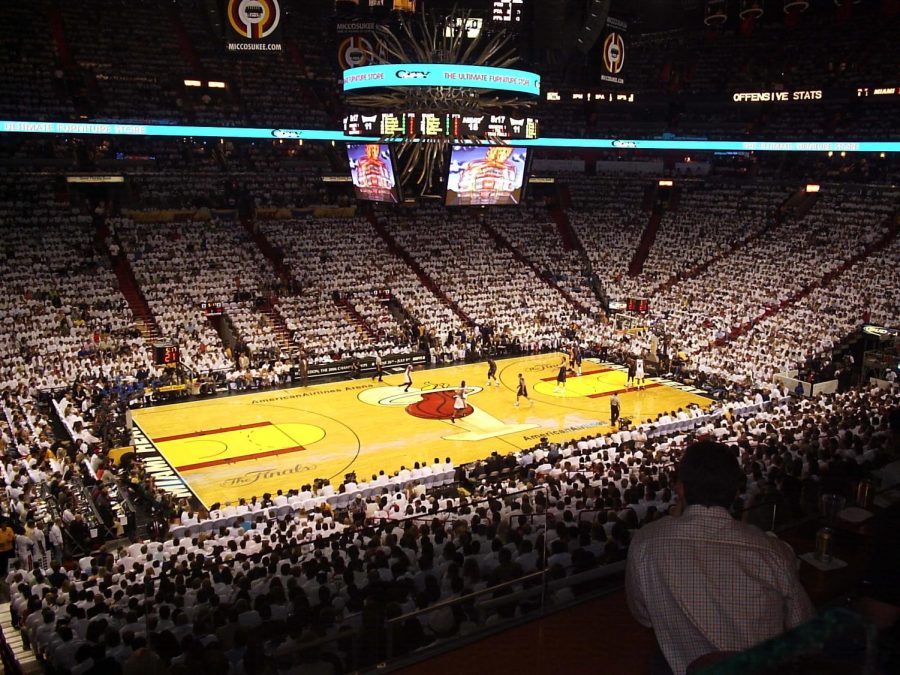 Recently, the NBA has been discussing starting up their new season as early as June 2020, which has come with serious backlash from medical professionals. (Photo courtesy of wikipedia.org)

The National Basketball Association was the first of the mainstream sports leagues to suspend its season due to the COVID-19 outbreak. The season ended abruptly on the night of March 11 when it was announced that Utah Jazz player Rudy Gobert had contracted the virus. He had mocked the virus earlier in the week by touching the microphones and other players, which forced the hand of the NBA to shut down operations immediately.

The NBA’s shutdown was a major catalyst in the chain of events that led us to where we are now, without any sports or live competitions fans find themselves grasping at straws looking to these organizations for answers. But that shouldn’t take away from the fact that a premature start could wreak havoc on the hard work we’ve already done as a nation to kill this disease.

The NBA has been speaking about a season reboot around the beginning of June according to ESPN. Though this is the best case scenario for the NBA, it has begun to start dialogue between other major sporting organizations such as Major League Baseball and the National Hockey Association.

This has caused some backlash from disease experts such as Anthony Fauci, director of the National Institute of Allergy and Infectious Diseases, who has stated that a premature reboot might cause a second wave of cases and put more people at risk of passing the virus around.

Though I believe that this is a genuine concern, another concern would be that it might force smaller organizations to reopen their sporting facilities and start competitions prematurely.

The NBA is a massive and successful platform that has become one of the staples of the sporting community. The issue with that is that if they are the first to reopen, then the question can be asked, “if the NBA can do it, why can’t you?”

This poses problems for small schools such as American River College because the resources available to the NBA just aren’t there for local community colleges. Things such as mandatory testing and contactless transportation wouldn’t be available for these schools, and student athletes would be put at risk over a game.

The NBA, along with most of the sporting world, knows that there is a lack in live sports coverage right now, which means if any major sporting events were actually able to promise safety they would have the entire world’s attention. This would lead to massive financial opportunities for these companies to make more money then they ever imagined.

That’s something that can turn a company from having a “safety first” mentality to pushing the envelope a little more in search of a major financial reward. This is how our country is run, so it’s not surprising that this is the case, but it is a cause for concern when talking about safety.

Sports are an amazing thing, and something that I truly believe can be used as a coping mechanism for fans who might have turmoil in their own lives. However, we need to take into consideration how much time will truly be lost by just waiting the virus out.

We will get to cheer the Kings on again in a packed arena soon enough, so let’s take the time now to obliterate the enemy of COVID-19 so everybody will get that chance when the time comes.