Former NBA player looks to help the next generation 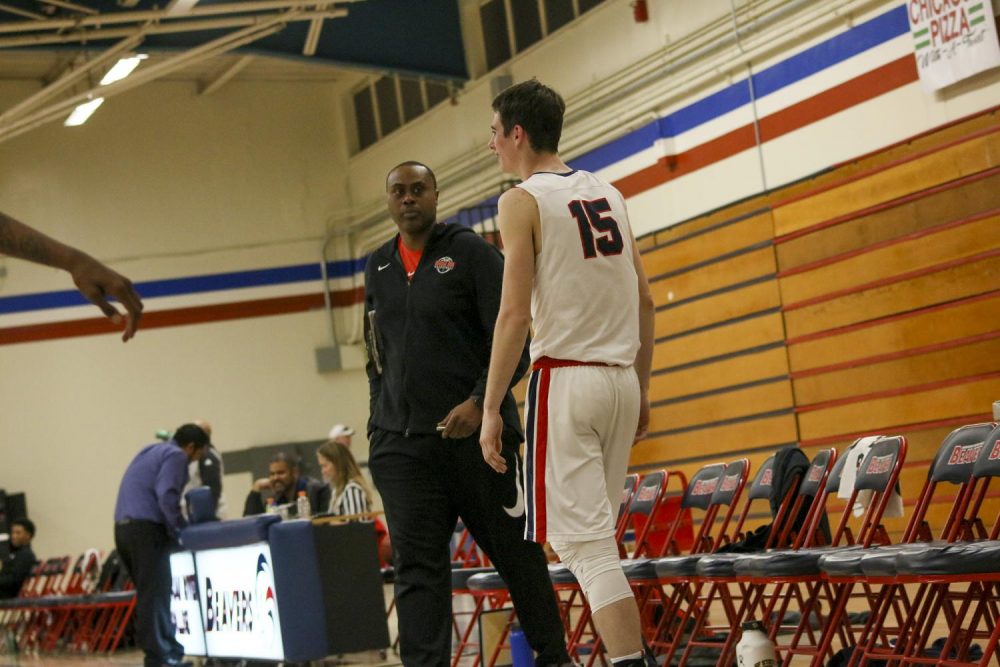 “With all the knowledge that I have over the last 20 to 30 years plus of playing basketball, being able to come in here and give these kids some knowledge from what I’ve learned and help them better themselves [is what made me want to start coaching].”

Kenny Thomas, a former NBA player, has found a way to continue with his love for the game of basketball — this time as an assistant coach and recruiter for the American River men’s basketball team.

Thomas also does private workouts with younger kids. On a recent afternoon, he was spending time with an eighth grader, running him through drills and working on his form from the free throw line.

Thomas became a star during his time in college, from 1995-1999, at the University of New Mexico. He holds school records for single season scoring for a freshman, most rebounds in a career and conference career and is also third in career double-doubles.

After his time at New Mexico, Thomas went on to the NBA, where he got drafted with the 22nd pick in the first round by the Houston Rockets in 1999. Thomas played 11 years in the NBA, with three different franchises. He played for the Houston Rockets, the Philadelphia 76ers and the Sacramento Kings.

Thomas played for 10 coaches in 11 seasons. Larry Brown, who used to coach Thomas, is one of the coaches that he still keeps in contact with and tries to learn from.

“Larry Brown coached me in Philadelphia, and he’s one of the greatest coaches of all time,” Thomas said. “I still keep in contact with him, and if there was a situation where I would be able to bring in a coach like Larry Brown to help me coach basketball, I would.”

Thomas says the things that he learned in the NBA aren’t really things that would be taught on the college level.

As an assistant coach, Thomas focuses on helping out the bigs on the team, which are normally the power forwards and centers.

“With my position here at ARC, I focus on the kids that are bigs,” Thomas said. “I played small forward through center. With my past history and the knowledge that I have, being able to mentor or give advice to these kids from the standpoint of basketball overall, my basketball IQ is pretty high, so I bring a variety of dynamics when I’m helping teach these kids.”

ARC head coach Mark Giorgi says he thinks that having Thomas on staff makes the players listen better, because they understand the experience that he has.

“The biggest thing that he does, with his notoriety, is that kids know him, and because he’s played in the NBA, kids look up to him and listen more, because Kenny’s been there and done that,” Giorgi said.

ARC guard Jair Lang said he appreciates that Thomas pushes his players to be great.

“My favorite moment with coach Kenny was when I beat him in a free throw competition. He tries to say it never happened or that he doesn’t remember, but I make sure he does,” Lang said. “Whenever he has something to say at the end of practice, I turn to him and say ‘good words, coach.’”

Giorgi is also someone who says he’s started to gain chemistry with Thomas.

“Throughout the season, it’s a process of trying to get people for the next season,” Thomas said. “It’s going to the high schools and watching kids to see who you are interested in bringing to ARC.”

Thomas says he would love to coach at his alma-mater New Mexico, if that’s how it plays out, but he just hopes that one day he will be able to coach at the Division 1 level.

“I see myself coaching D-1 ball from a head coach perspective,” Thomas said.

Thomas says he is looking for ways to continue to pass along his knowledge of the game of basketball.

“I do clinics in Sacramento and Yuba City, and I’m in Yuba City and New Mexico doing camps,” Thomas said. “I’m also putting together an [Amature Athletic Union] program in New Mexico, Sacramento and Philadelphia.”