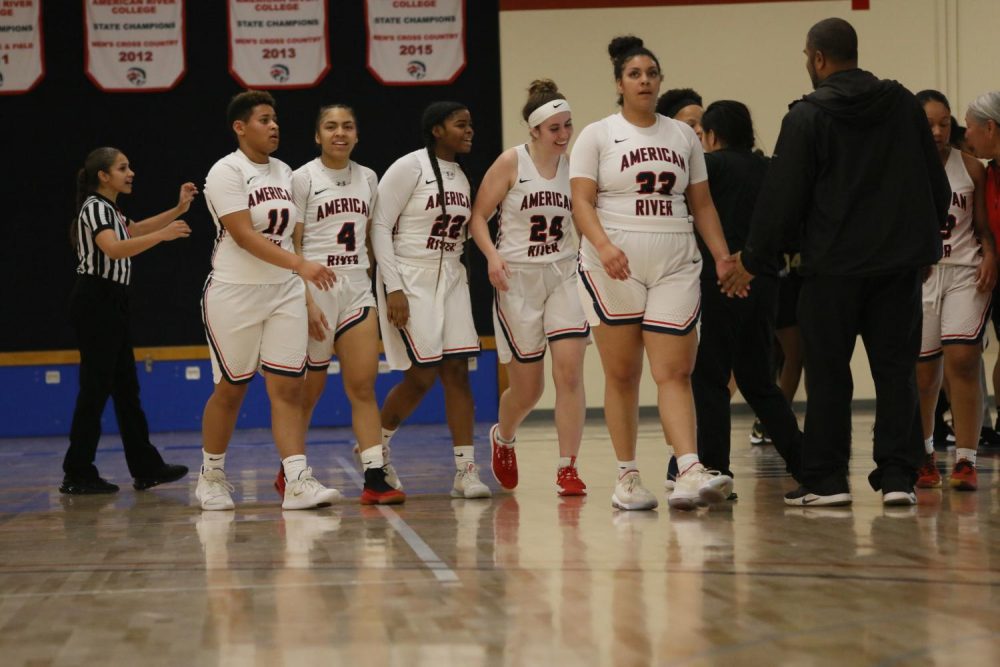 The first quarter started out slow, with both teams struggling on offense early. After both teams got settled into the game, it was a close quarter, with San Joaquin Delta only leading by one point. The score going into the second quarter was 15-14.

In the first half, ARC had a lot of offensive fouls, which gave San Joaquin Delta more chances to score and pull ahead.

Head coach J.R. Matsunami said she believes that her team was a little too hyped up about facing San Joaquin Delta for the second time this season.

“In the first half, we were running on a little too much adrenaline,” Matsunami said.

In the third quarter, ARC was more in control and didn’t commit as many offensive fouls, which allowed them to get back into the game. ARC cut into the lead, and with a big shot by freshman Jordyn Hilliard, San Joaquin Delta was forced to take a time out.

After the timeout, San Joaquin Delta started to pull away and extended their lead. At the end of the third quarter, the score was 58-40.

In the fourth quarter, ARC went cold and only ended up with eight points in the quarter. San Joaquin Delta pulled away, and ended up winning the game.

According to coach Matsunami, the decline in offensive fouls against ARC was because of a switch in the game plan.

“Delta is a very good defensive team, but we ran a lot more isolation plays in the second half. It allowed us to have better gaps to drive to the basket,” Matsunami said.

San Joaquin Delta also pressed a lot during the game, which limited ARC to only two assists for the game. According to ARC freshman Kaili Udoffia, this made ARC change their offensive gameplan.

“We set up new offenses and just slowed down so we could fully go through the play and make sure we could get the best shot possible,” Udoffia said.

The last game against San Joaquin Delta, who is ranked #1 in the state, ARC lost 100-47, so this game showed the improvements that the team has made.

“We switched out the defense we were playing completely and the players were a lot more satisfied with their performance,” Matsunami said. ‘When you are playing a team that good and you’re able to improve on what you did the first time you played them, to me that means that we are playing that much harder and smarter than we did the first time.”