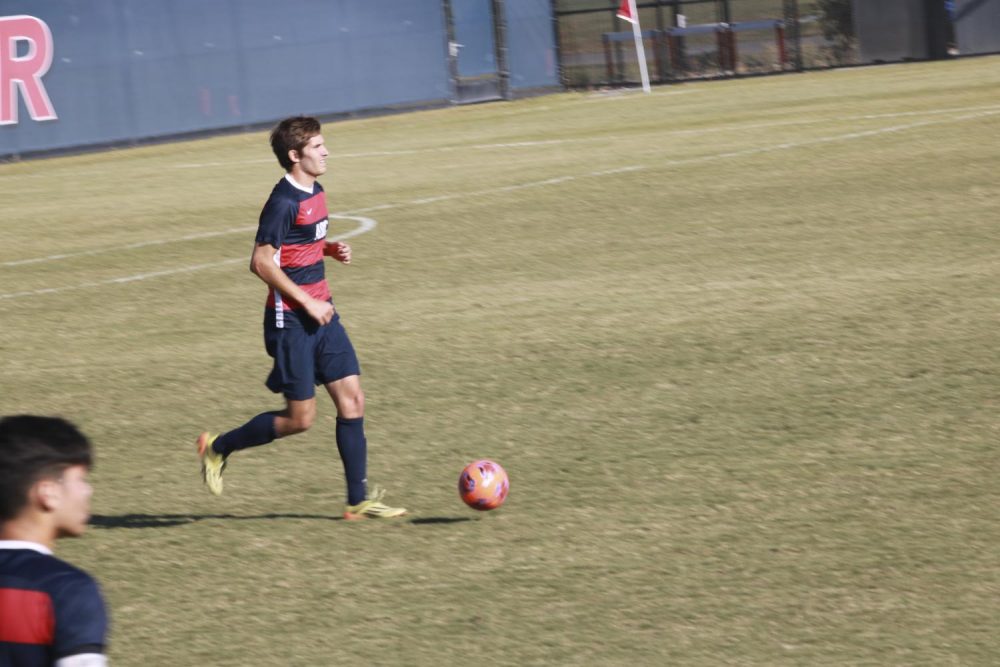 The American River College men’s soccer team lost against the Santa Rosa Junior College Bear Cubs on Nov. 1, with an ending score of  2-0.

Head Coach Paul Hansen said he knew that this was going to be a difficult game.

“They are 5-0 and 1 in conference and unscored on actually, so they are very formidable,” Hansen said.

The main goalkeeper Chris Sampo agrees with Hansen on the skills of Santa Rosa.

In the first half of the game, Santa Rosa scored twice. But in the second half, ARC increased its defense to compete more, though they still lost.

“We would’ve liked to compete a little closer. We had a better chance during the second half, but didn’t convert,” Hansen said. “They beat us today and were the better side today. We’ll move forward from here.”

The practices were focused on defense coming into this game, according to Hasen.

“We were working on defending all week, just trying to prepare for this showing side and gave up a goal and a free kick earlier, which kind of deflated us a little bit,” Hansen said. “But we had it coming back in the second half and we started to compete a little better. We just have to move on from the next game here.”

Both Hansen and Sampo said they are happy with their team, especially with last year in mind.

“We have a much improved team from last year, but we are still in the playoff hunt. We are still going to the final four games really motivated,” Hansen said.

“We have the chance to win, we have the team to win, so we just need to win. These guys are good, so we gotta bring more intensity the next game,” Sampo said.