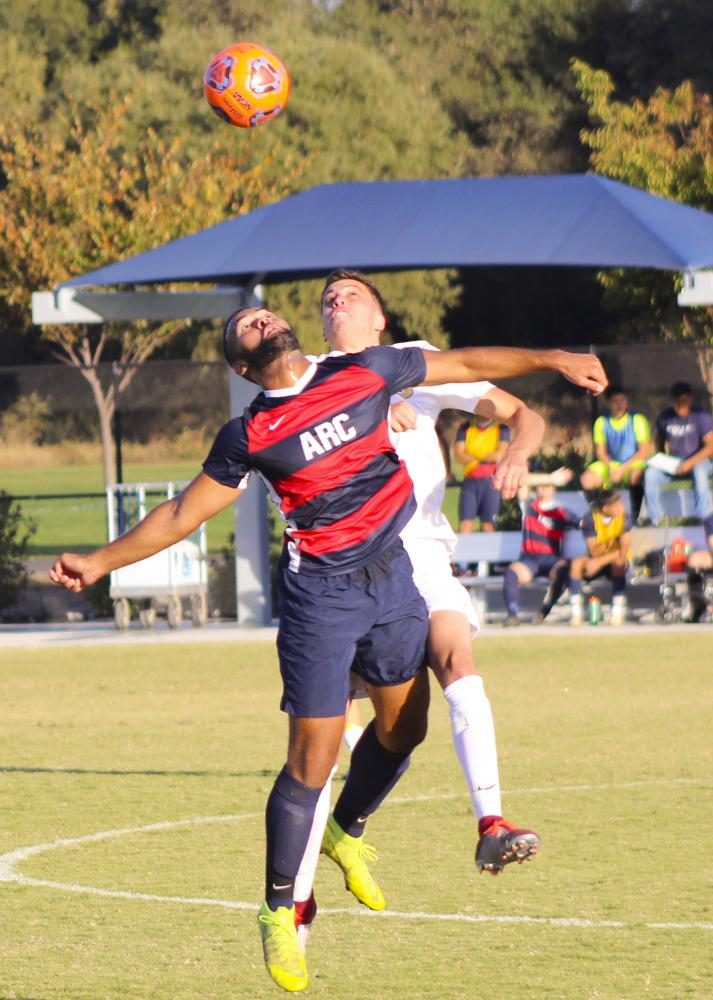 Forward Jonas Babel-Buckner fights for the ball in a game against Butte College on Oct. 18, 2019 at American River College. ARC lost the game 2-0. (Photo by Josh Ghiorso)

ARC started off well, but it was clear by the way each team was handling the ball that Butte had more control over the game. Butte’s team took time in passing the ball, with precision passes and ball movement that ARC could not match until it was too late.

However, ARC’s head coach Paul Hansen said he was not disappointed in his team’s performance. He said he was happy with how ARC fought to challenge Butte’s control of the game.

“I thought our defense played quite well, Chris Alveroresz in particular, our right-back captain, he was great,”  Hansen said.

Butte scored the first goal within the first 20 minutes of the game and another goal at the 72-minute mark. After the second goal, ARC changed the way it played. The team slowed down and became more selective with how they moved the ball, creating opportunities for shots on the goal.

This kind of playing led to Butte fouling ARC forward Jonas Babel-Buckner inside the goal box, giving ARC a chance to score off of a penalty kick. However, ARC could not score as Butte’s keeper made a diving save.

After the game, Hansen said he knew what they had to work on for the next week: continue to work hard and improve their ball movement and passing. Other than that, he said he was proud of his team.

“Where our struggles are is keeping the ball and generating flow to score,” he said.