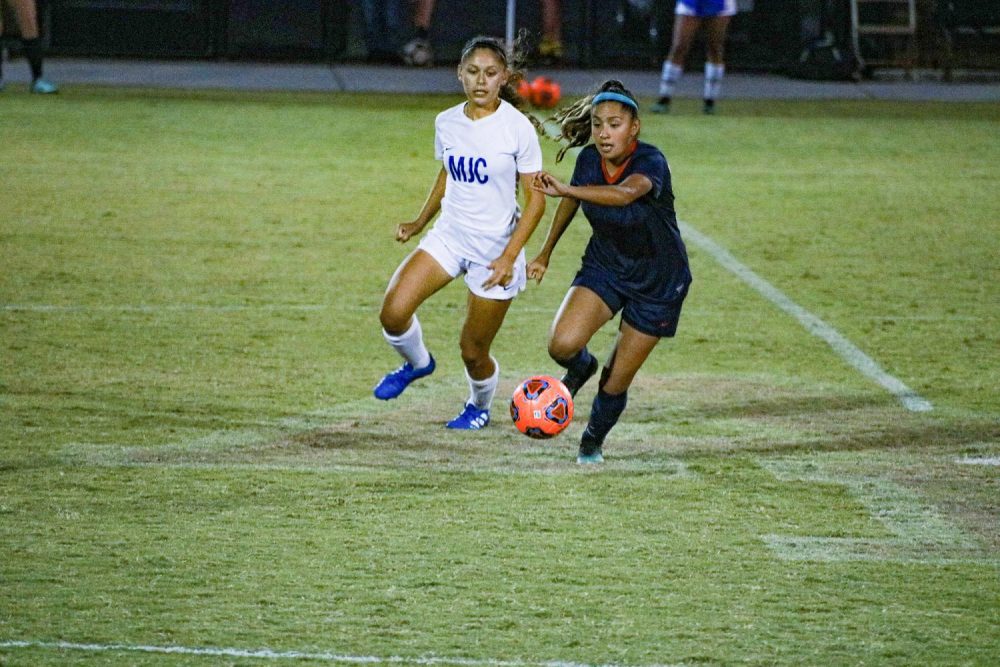 The American River College women’s soccer team beat the Modesto Junior College Pirates at the ARC soccer field on Oct. 15. The ending score was 1 to 0, in favor of ARC.

The one goal scored was shot by midfielder Joy Emojong.

Right wing player Galaxy Mijares said she was enthusiastic about the win.

“This was not a very difficult game, but we should work on our sprinting so we can score more goals,” Mijares said.

“This was a difficult game. We started strong in the first half, but then we kept making mistakes in the second half. We still won and that’s all that matters,”  Adams said.

Women’s soccer head coach Paul Arellanes said he has a few ideas of what could’ve been done better.

“We dominated the first half, but we could’ve scored more,” Arellanes said.  “On the second half we lost our rhythm and when playing against a worse team, I worry about tying up and fighting for the win.”

A major issue in the game from Mijares’ point of view was that there were a few bad calls by the referee, the most prominent pertains to the Pirates goalie who attacked Mijares.

“The goalie tackled me, and when she hit me it was intentional, and the ref said that it wasn’t, so she didn’t get carded,” Mijares said.

Adams agrees with her fellow team-mate when it came to the call the referee made.

“I don’t think it is very fair that she attacked one of us and we lose control of the ball because of it,” Adams said.

“All and all you can critique the ref all you want, but we can only control what we can control,” Arellanes said.

The next game for ARC women’s soccer is on Oct. 25 at home against Sierra College.