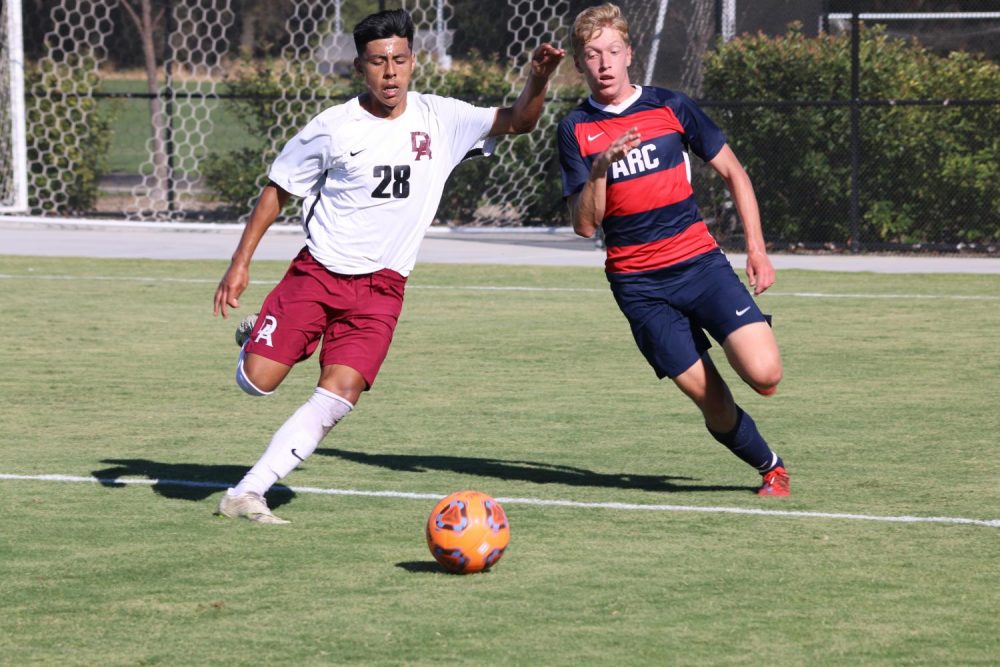 ARC started the game strong during the first seven minutes of the first half, as the score was already 2-0 for the Beavers.

Kyle Prusia was the main player on the match; he scored the first goal of the game and ended up having a hat-trick, when a player scores three goals in the same game.

“It’s nice having a good group of friends, we have a lot of depth and everybody that comes throughout the game is collaborating,” Prusia said. “We are only going to get better as the session goes on.”

Prusia emphasized he was happy to get a hat-trick.

“I’m just glad to see that right away,” Prusia said about his performance in the game.

Throughout the first and second half, it was very clear that the ARC defenders were communicating well on the field.

In the beginning of the second half, ARC scored the third goal of the game in a one-two play. Prusia scored his second in the game.

During the last part of the second half, De Anza made a penalty kick and scored its first goal of the match.

ARC was able to come back on track, and 10 minutes later, Prusia scored his third goal of the match. That gave ARC a significant advantage for the last few minutes of the game.

Even though De Anza scored its second goal in the last five minutes of the game, ARC’s defense was very solid throughout.

Paul Hansen, head coach for the men’s team, said he was thrilled with the team’s performance.

“It was exciting we had a good tackling side, it was exciting to score goals,” Hansen said. “I think we are going to be a very fun team to watch this year.”