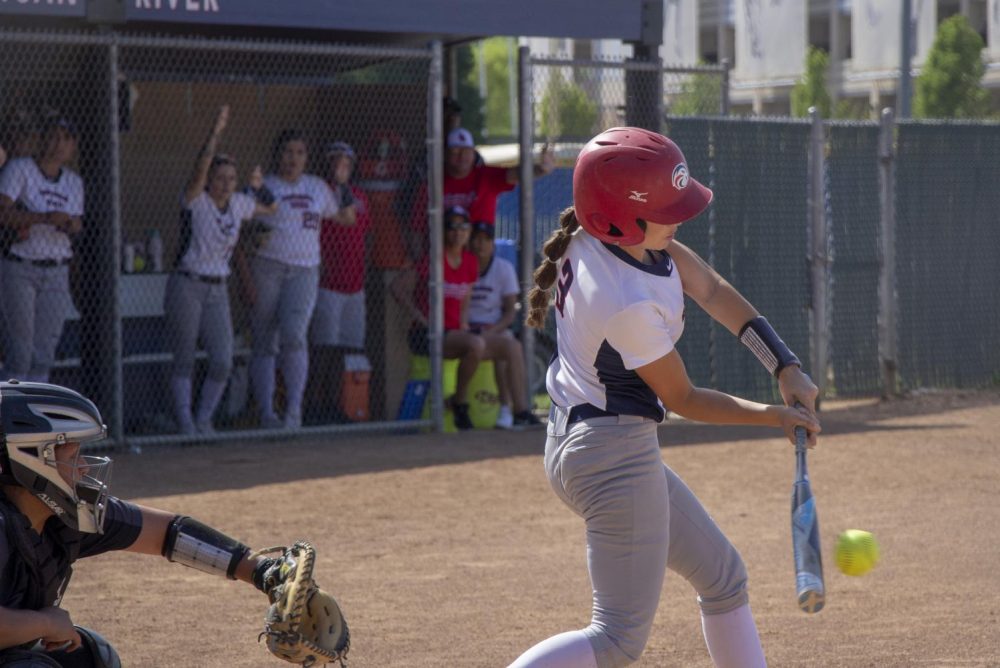 The American River College Beavers softball team lost to San Joaquin Delta Mustangs, finalizing its  season with a score of 5-1 on April 23.

ARC got off to a rough start against SJD within the first three innings with the bases loaded. Rodriguez Janelle, catcher for SJD, hit a home run helping her team score three runs in the third inning.

ARC head coach Darin Delgado, stood along the side as he advised the players to make adjustments as ARC picked up in the fourth and fifth inning with their defense and scoring on the sixth inning.

Taylor Martinez, ARC’s assistant coach, helped direct the women with the adjustments that needed to be made.

In the sixth inning, Elina Avila stole second base. Mariah Madan batted the ball, helping Avila score a run to home plate. The game intensifies further as the ARC players score a run, making the adjustments Martinez advised the women to do.

“Delta is on top of the conference, one of the top two in the north and they’re challenging … We made good contact, we just couldn’t make solid contact today,” Delgado said.

In the seventh inning, SJD players scored the last two points as ARC struggled in defense with low and outfield hits from SJD.

“I wish we could hit more, but I think defense is strong and we had good intentions just couldn’t bat the ball today. I think they all wanted to play to win, we played pretty strong just couldn’t finish it,” said Savannah Rogers, a pitcher for the ARC team.

The team finalized its season with an overall 14-20 record.

“Today we just needed to get our foot down a little bit earlier…we really started making the adjustment so we were happy with the girls that they were able to do that within the game,” Martinez said.

In a preview for the next season, Delgado explained improvement plans for the team.

“Better preparation during practice, better focus, that’s what the coach is going to focus on. Things that are more structured and getting [ARC softball women to a better place so they can be successful,]” Delgado said.

With the softball team playing their final game for the season against Delta, the coach and the athletes keep optimistic for growth in their next season.

“To compete against the best team in conference it takes a lot of work and effort, so we hope that summer we can take that time to go and workout get bigger, stronger and faster and come back in first day of practice and get at it,” Delgado said.