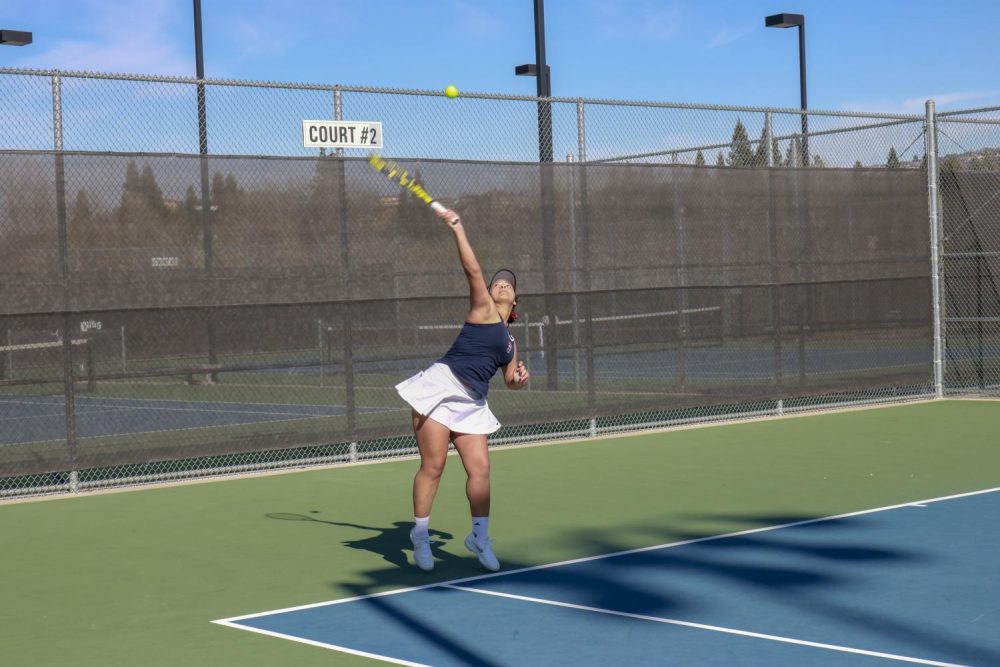 The game opened with six single players, where ARC kept the high scores.

“The players were more relaxed and confident today than last match,” Dunmore said.

Rebecca Rasmussen, a pre-nursing major at ARC, was one of the players who scored 7-5, 6-4 by defeating her FLC counterpart.

“The match … provided a great start to the season as it set forth a winning expectation for the lady Beavers,” Rasmussen said.

Rasmussen was happy about the win and said the cooperation between the team with each other was great.

The game moved forward from single playing to double games. ARC players kept their struggle and recorded winning results on the double games too.

According to Rasmussen most of the ARC team is made up of new students, whom the coach helps to achieve their goal.

“We’re going to continue to grind and to work and encourage each other for the rest of the season,” Rasmussen said. “The ladies on the women’s tennis team this year are mostly freshmen, but we are a very ambitious group of characters, and under the coaching of Steven Dunmore, we’re on our way to accomplishing great things.”

The team is motivated to keep winning in future games.

“The team is young and we will keep gaining important experience,“ Dunmore said. “The team is made up of one sophomore and five freshmen and will continue to improve with each match.”

According to Dunmore, the team is in the learning process to gain more experience.

The next game was on March 5 against Sierra College at 1 p.m that lost by 4-5 points.