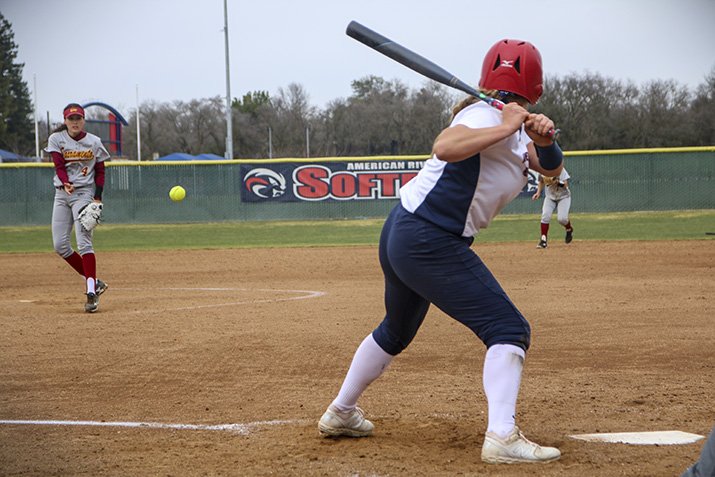 The game was scoreless through the first three innings, with both ARC and SCC leaving multiple runners stranded on the bases.

In the top of the fourth inning, third baseman Morgan Conner launched a solo homerun over the left center field fence, giving City College the lead, 1-0.

ARC started the bottom half of the fourth inning strong with a single from right fielder Avery Smith, but ultimately left runners stranded at first and second base.

In the top of the fifth inning, City College right fielder Rylee Retzer hit a solo homerun, increasing the team’s lead over ARC, 2-0.

Ulibarri shared how she keeps her composure while on the mound when the game isn’t going in her team’s favor.

In the top of the seventh inning pitcher Victoria Bojorques came into the game, out of the bullpen, to finish the inning, allowing no hits and zero runs.

Starting shortstop for ARC, Mariah Madan, who led the team with two hits in the game, shared what she thinks the team could do to improve and gain more success as the season progresses.

“In the batter’s box we can have better pitch selection, we need to wait for a pitch we can drive. Lay off rise balls and attack early in the count,” Madan said.

After the game Ulibarri shared where she believes Beavers should look to improve future performances in the batter’s box.

“I think the team offense will be better or improve by seeing more live pitching at practice and work on having better balance and pitch selection,” Ulibarri said.

Madan shared what she is looking forward to for the rest of the season as the team grows and hones in on their skills.

“I’m looking forward to us performing the way I know we can,” Madan said. “We are a really good team and once we fix a few minor things, we will go far.”

ARC also dropped the second of the two games played on Feb. 23, losing to SCC 7-1.