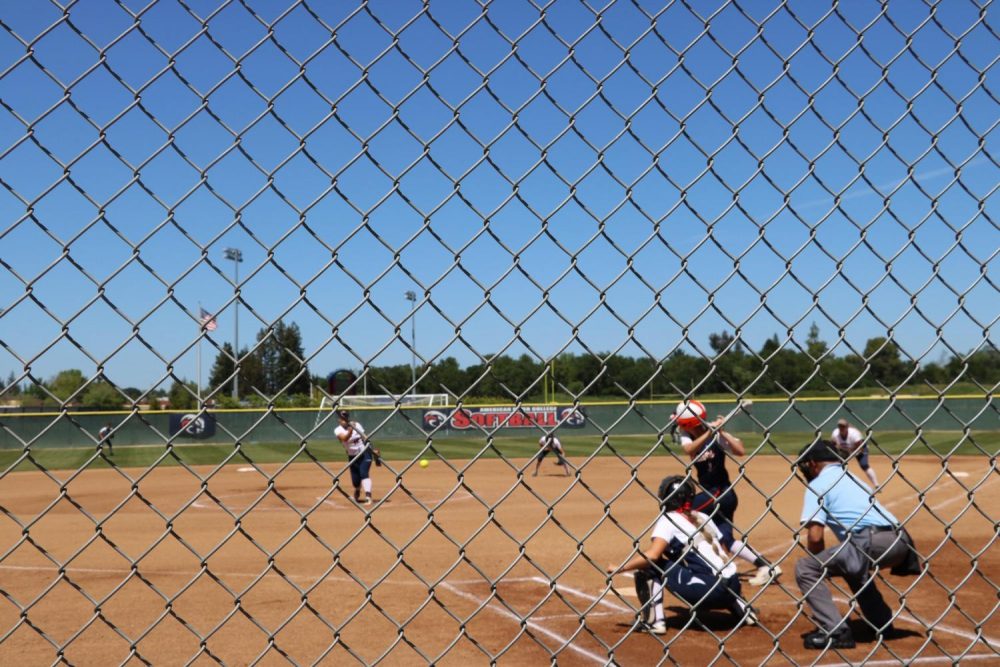 The American River College Beavers softball team defeated the Cosumnes River College Hawks in the first game of a double header 10-2 on April 21.

In the first inning, the Hawks’ pitching and batting allowed the team to jump ahead by two runs. Both teams cheered and supported their teammates from the dugout throughout the first.

The Hawks played competitively and their pitching was strong throughout the first inning.

Both teams kept watchful eyes while at bat and were strategic in their pitching.

The Hawks’ batting, however, fell through after the second inning and there were a lot of fly away balls.

In the second and third inning, the Beavers took control of the game by pitching excellently and hustling to the bases when in the outfield. The Beavers had four runs at the end of the second inning while the Hawks had two.

The Hawks’ pitching in the third fell short but in the fourth, CRC stepped up its pitching. However, but it wasn’t enough to keep up with ARC.

ARC scored five runs in the fourth and continued to push through the game. CRC hadn’t scored any runs since the first and the team looked tired.

ARC stole the first game of the double header and CRC won the second game 10-3.

The Beavers’ batting was a huge reason for their success in this game, according to ARC infielder Elena Avila.

“We were seeing the ball and after we made a couple of mistakes we didn’t let it get to us,” Avila said.

Despite not making it to playoffs, the Beavers said they were still proud of how they played.

“[Cosumnes] ranked third and we’re not even making it to playoffs, and we’re definitely better than them,” Avila said.

Infielder Maddie Adams said she also felt that they showed what they were capable of in their last home game.

“We didn’t do as well as we could’ve [this season] and we’re better than we’ve shown, but this game was a true reflection of our abilities,” Adams said.

The Beavers end their season with a 17-22 overall record.