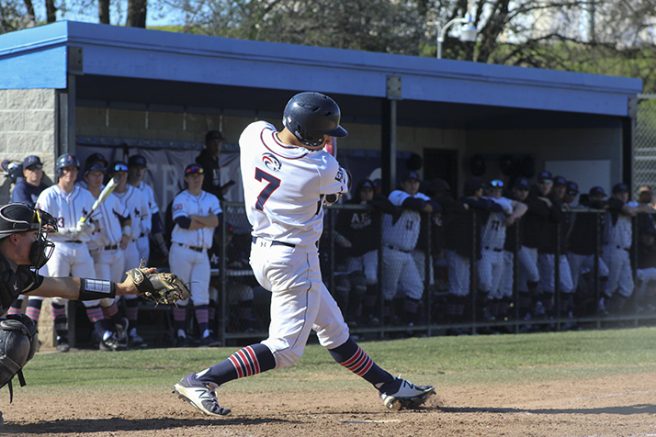 American River College’s baseball team picked up its fourth win of the season with a 4-1 home victory against Butte College on Feb. 16.

During the top of the first, Butte third baseman, Lane Pritchard was up at bat and singled to center left.

Center fielder Connor Blair was on the plate and signaled to center field, allowing Pritchard to advance to third base.

Right fielder Kasey Buchanan grounded out to third base, while Blair got to second. 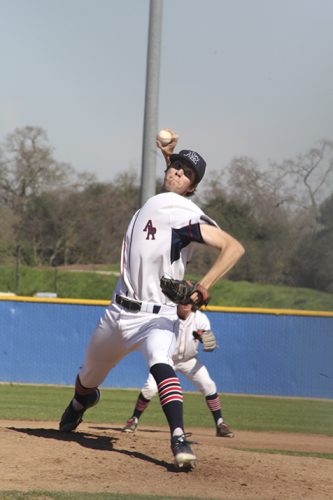 Blair got to third base on a wild pitch, while Pritchard scored, giving Butte a 1-0 lead.

At the bottom of the first, Beaver’s shortstop Matt Clarke scored after an RBI single to center field by designated hitter Justin Borchard.

In the bottom of the fourth, BJ Baker was walked and Casey DeMello was hit by a pitch, putting both players in scoring position. An RBI double from first baseman Ryan Burdick brought both Baker and DeMello home to make it 3-1. A single from first baseman Christian Murua allowed Burdick to score, putting the game at 4-1.

The Roadrunners had 29 at-bats, only recording four hits and leaving five on the base.

Beavers’ head coach Doug Jumelet raved about the pitching from the team.

“Our pitching and defense was outstanding today,” Jumelet said. “Hayden Josephson our pitcher on the mound…threw a lot of strikes and when you do that the defense stays on their toes.”

According to Coach Jumelet, these things go hand to hand, when Josephson needed his defense to be ready to go, he would work quick.

“It carries good momentum into tomorrow and hopefully we can build on that, and then that will help us with the rest of the season,” Clark said.

Cecilia Castillo Juarez is a continuing student at American River College. This is her first semester on The Current. She is a Journalism major, who is also getting an associates degree in Social Science and a Certificate in Literary Publishing this year. Her goal is to work in Marketing/ Publicity.