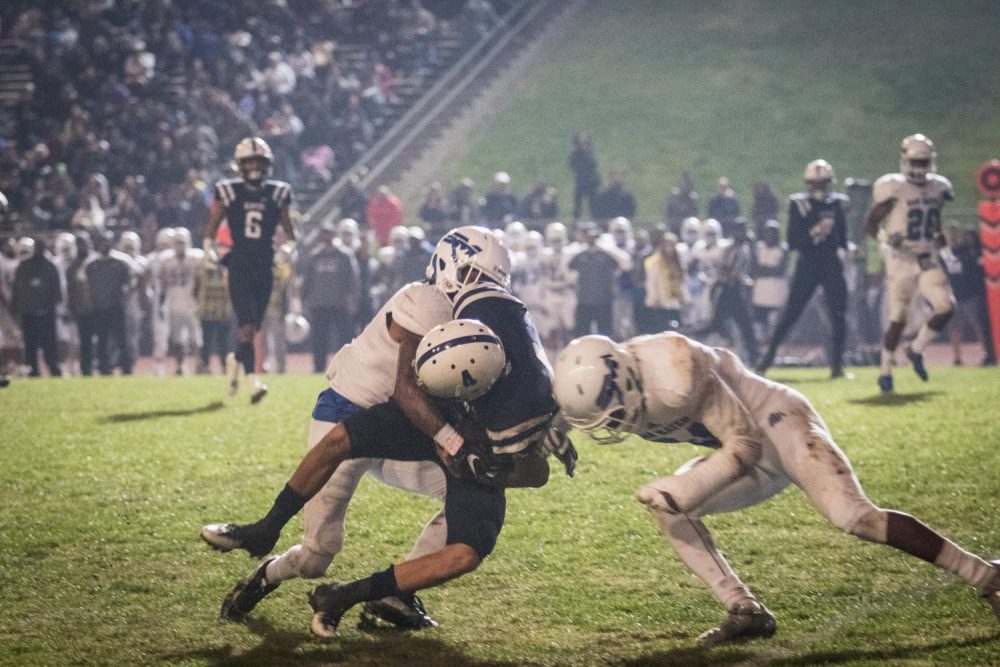 The Beavers answered back on the next drive with their own rushing attack by Jonathan Cooley and quarterback Hunter Rodrigues. They, too, had to settle for a field goal on their opening drive and tied the game at 3-3.
“It just came down to execution. It’s a game of inches. You wish you could take some plays back and it just sucks. I love these guys and I’d do anything for them. You just gotta work harder I guess.”

-Quarterback Hunter Rodrigues
Both teams then traded turnovers with the Bulldogs fumbling the ball and ARC turning it over own downs. San Mateo looked to have another drive fizzle out, before a fake punt run on the fourth down for 37-yards put momentum back on their side. Taylor capped off this drive with a 13-yard touchdown run to make it a 10-3 lead for the Bulldogs.