ARC football ends season on top of its division 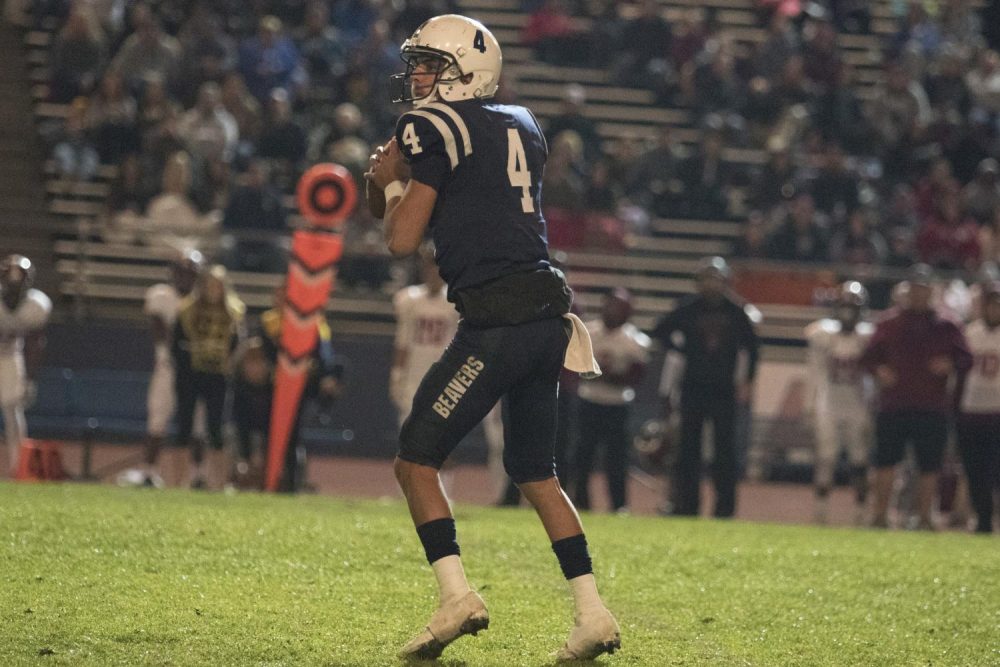 The American River College (9-1) football team ended its season with a blowout of local rival Sierra College (4-6), a win which left the Beavers sitting atop the division and with homefield advantage throughout the playoffs.

The offense was running on all cylinders as quarterback Hunter Rodrigues threw for over 200 yards and three touchdowns and used his speed to run for another 76 yards and a touchdown.

Running back Evyn Holtz contributed heavily to the 45-28 final score with his rushing performance. Holtz rushed for 95 yards and two touchdowns and caught the first touchdown of the night with an 11-yard grab.

The Beavers defense was able to dominate the turnover game, forcing two interceptions at crucial moments in the first half.

And it wasn’t just the offense and defense performing at a high level, the special teams continuously out the game out of Sierra’s reach with a perfect night for PATs and field goals.

Punter Anthony Craven was able to consistently pin Sierra deep into their end zone with two booming kicks that left them at their own 15 yard line in the first half of play.

The win wasn’t without its flaws for ARC though. The defense allowed 28 points, which is the third-highest they’ve allowed all season, and linebacker Rahsaan York was ejected for targeting the head of Sierra quarterback Justus Spillner during a tackle on a quarterback scramble.

Lineman Diego Cervantes was also pulled the game after suffering an injury to his leg in the second half.

ARC head coach Jon Osterhout said he and the team are confident going into the playoffs.

“I’m feeling really good. We made a lot of outcome goals throughout the season. We can’t wait to start prepping tomorrow for whoever our opponent is in the first round,” Osterhout said. “We’re ecstatic about where we’re at. We’re glad to be 9-1 and we’re glad to be the number one seed. The fact that we get to play here in our home environment is a huge plus,” Osterhout said.

Osterhout praised the performance of the team after the win.

“We challenged our secondary to be able to stop their passing attack and outside of the long touchdown in the first quarter, I thought our football team played really well in the back end,” Osterhout said. “I thought we were very balanced on offense with our ability to run the football and throw the ball, That makes us very dangerous offensively.”

Rodriguez also gave credit to the rest of the team for his performance on the field.

“I thought everyone did a good job, they made it pretty easy for me,” Rodriguez said. “I took care of the ball pretty good, I didn’t have any turnover and that was the main key coming in.”

Defensive back Lenny Nelson came in and credited his first quarter interception to his teammates as well.

ARC’s next game will be a playoff match at home on Nov. 25 against a yet undeclared opponent.