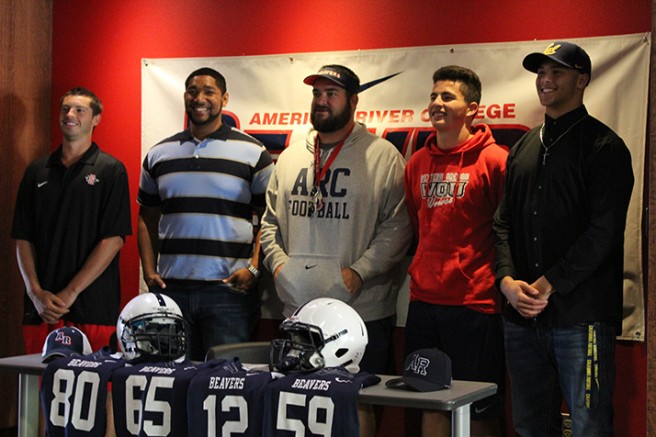 A second wave of American River College football players committed to four-year universities on April 1 in a signing ceremony hosted by the football department.

This wave brings the number of committed players from the 2015 season to around 15, and now three players committing to the Pac-12 conference.

Linebacker Jordan Kunaszyk signed a National Letter of Intent to play for the University of California, Berkeley on March 24 after contemplating offers from UNLV, Fresno State and Colorado.

“I felt that Cal was the best fit for me,” Kunaszyk said. “The academic program, the football, and everything about it made them the right choice for me.”

After redshirting in 2014, Kunaszyk recorded 118 tackles, three sacks and a forced fumble during the 2015 season and was named the NorCal Defensive Player of the Year.

Kunaszyk had initially planned to stay at ARC for another year, but offers from Pac-12 schools like Cal and Colorado were just too big.

“Cal and Colorado came and offered me and those were two schools I saw myself playing with,” Kunaszyk said. “I wanted to make a decision between those two schools and I ended up choosing Cal.”

“It’s been an absolute great experience and I can’t thank Coach O and the coaching staff enough for taking me in out of high school and believing in me from day 1.”

Wide Receiver Marc Ellis chose San Diego State to extend his playing career and said that he was drawn there mainly because of their academics.

“The weather is perfect and the football is good, but mostly the academics,” Ellis said. “It’s a rigorous school. Everything was pulling me down there and I have the opportunity to play as a preferred walk on.”

Ellis said that Kunaszyk was a major reason for him coming to ARC, and that it was a good decision for him.

“ARC has prepared me incredibly as a player and a student athlete,” Ellis said. “Coming in I didn’t quite know what to expect.”

“I wasn’t highly recruited but Jordan persuaded me to come to ARC,” Ellis said. “I came in here with little knowledge of the game and they’ve really shaped me into the player I am today.”

Ellis recorded 43 catches for 654 yards and five touchdowns on his way to being named to the NorCal All-Conference team alongside Kunaszyk and offensive lineman Max Harrison. 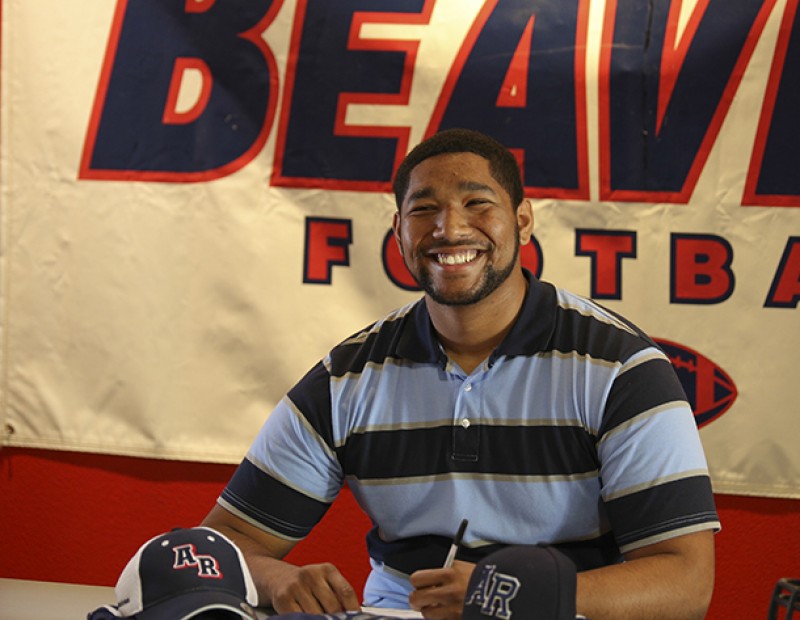 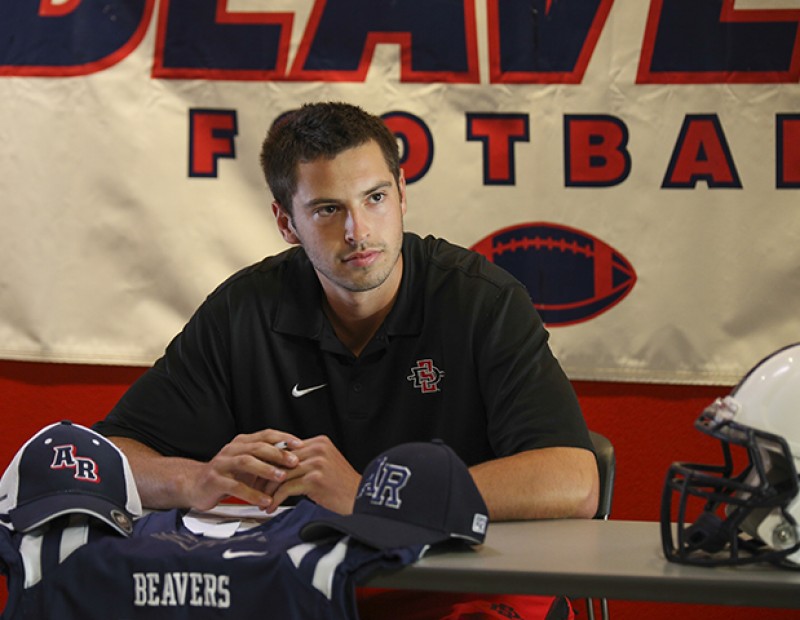 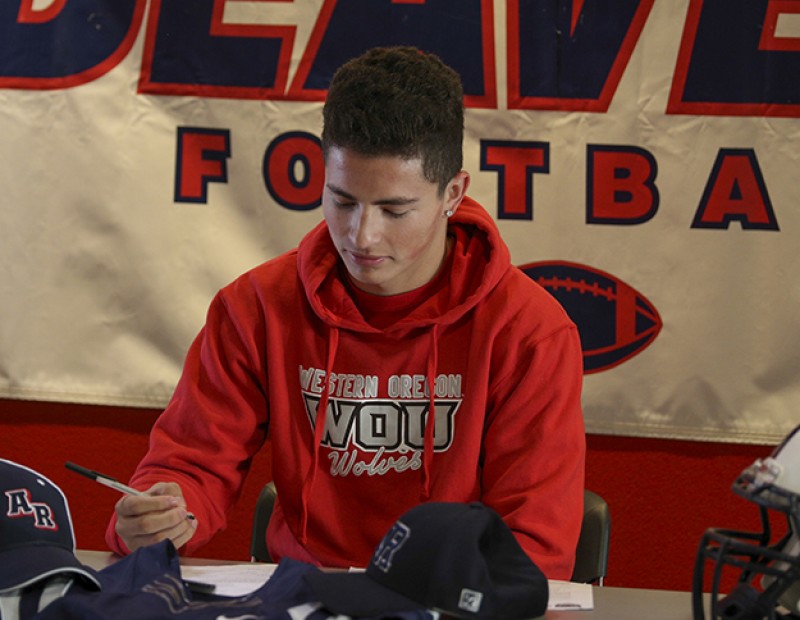 Jonathan Lopez signs his letter of intent to play football at Western Oregon on April 1 2016 at American River College. Lopez caught 36 passes for 540 yards and 6 touchdowns for the beavers in 2015. (Photo by Kyle Elsasser) 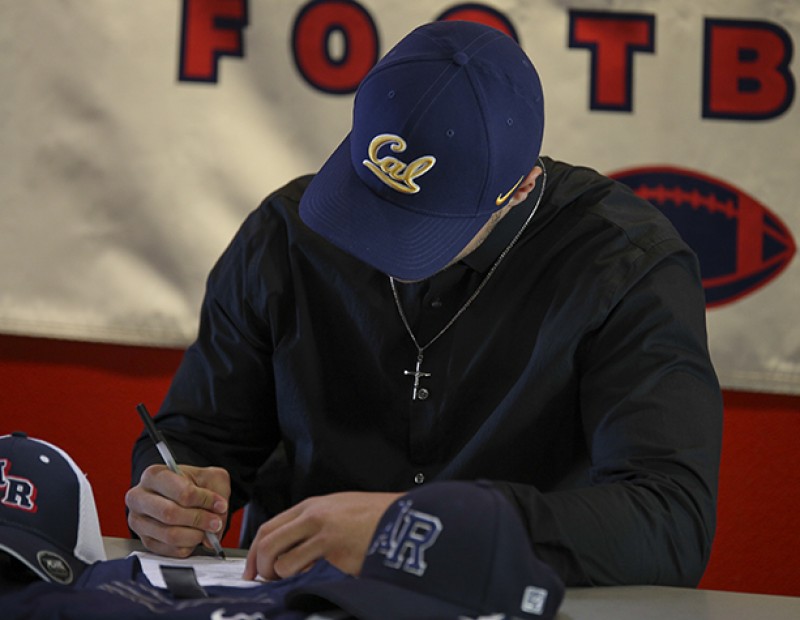 Jordan Kunaszyk signs his letter of intent to play football at University of California Berkeley. Kunaszyk led the beavers in tackles during the 2015 season with 118 tackles. April. 1 2016. (Photo by Kyle Elsasser) 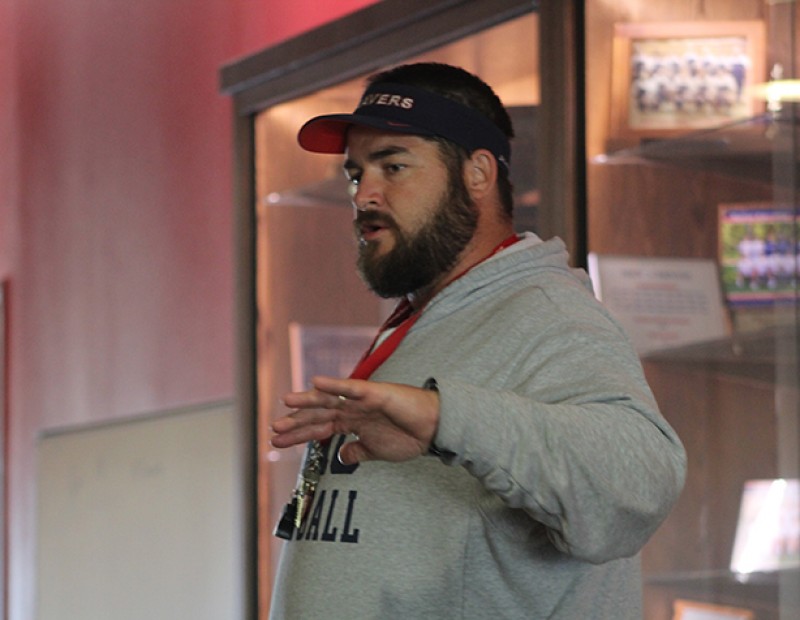 Fellow wide receiver Jonathan Lopez committed to Western Oregon after visiting their campus and meeting with their coaches.

“Western Oregon was a good fit,” Lopez said. “The other offers were a bit too far for me and when I visited their campus, I just fell in love.”

“I love the coaching staff and offensive coordinator (Brian) Harris. I’m proud to say that I’ll be playing for him next year.”

Lopez also has an off-the-field venture lined up as he will be interning for Nike in the summer in what he hopes will help him land a job later on in life.

“The Nike Corporation is right there and I always wanted to intern there and everything fell into place,” Lopez said.

Harrison opted to walk on at the University of California, Davis and said that teammates certainly play a big part in the successes of the football program.

“Teammates play the most important parts. Those are the guys you’re with every day,” Harrison said. “You practice with them, You bleed with them, and sometimes you cry with them. They are necessary for support, and trying to bring the best out of you.”

Head coach Jon Osterhout held praise for the student athletes and said they showcase what their football program is designed to do.

“It’s an unbelievable thing for the program and the future success of these student athletes,” Osterhout said. “It’s just what we try to do; facilitate student athlete learning and being able to manage both at a community college level.”

“They brought tremendous stability, leadership, a work ethic, a desire to be great in the classroom and on the field,” Osterhout said. “They have set a standard of excellence for everyone currently in the program, and for the future wave of student athletes who will enroll.”

Harrison said that the coaching structure of ARC also plays a big part in players moving on to four year universities.

“I came to ARC because it was the most competitive out of all the schools in Sacramento, Harrison said. “The coaching structure is set up is more like a Division 1 school than just a junior college and if you want to transition, then this is the place to go.”

Osterhout agreed saying that it benefits the players and makes the transition easier.

“Running our organization very similar to what you would see at the four year level is going to pay huge dividends to these guys as they move on to the next step of their careers,” Osterhout said.