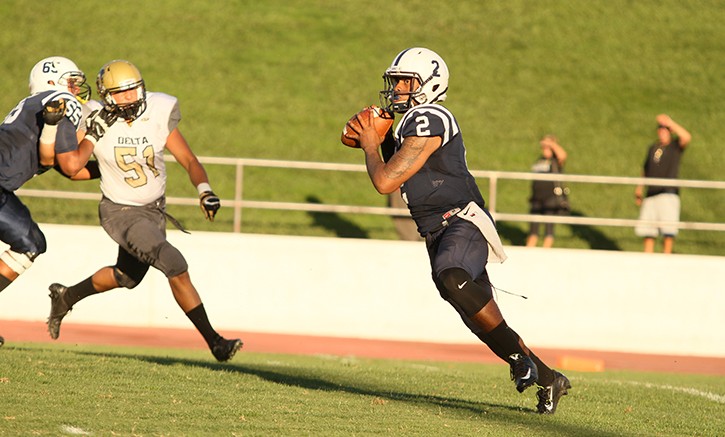 After ending the regular season with a record of 7-3, the American River College football team will not be competing in the California Community College Athletic Association State Championship Playoffs this season.

Instead, ARC will host San Joaquin Delta College in the Gridiron Classic Bowl next Saturday. ARC beat Delta early this season by a score of 44-24.

“There’s definitely an argument to be made (that we should be in the playoffs),” Osterhout said. “In terms of having the best four teams in the playoffs to represent the North, I think American River College definitely has warrant to be considered and I think hopefully the committee will get it right tomorrow morning.”

Osterhout added that regardless of where ARC ends up next week the team is “going to love to come out here again and play another football game.”

Be the first to comment on "ARC fails to make playoffs"