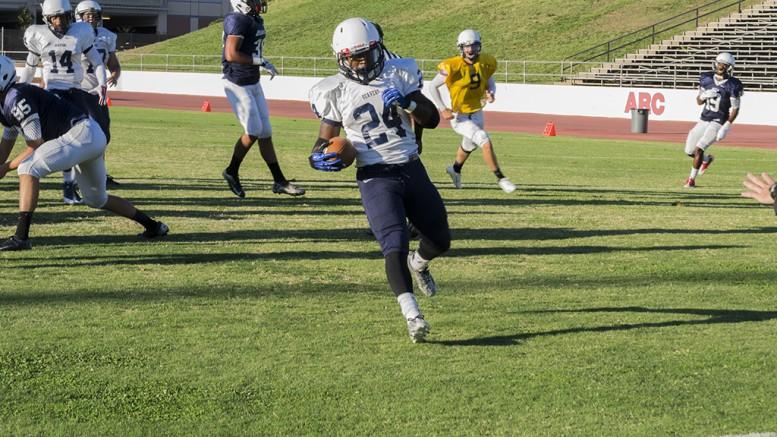 After suffering a crushing defeat to open its season, American River College’s football team will  host 0-1 De Anza College, a team that failed to win last season with an 0-10 record.

In last week’s loss, ARC’s quarterbacks combined for five turnovers and four interceptions, while the first four drives ended in three and outs.

“The week before we weren’t really focused, (this week) we really stepped it up. We know what more to expect. (We) eliminated the mistakes in practice that we did during the game,” he said.

Head coach Jon Osterhout said his team hasn’t done anything different in practice than they did during the last five years.

“Execution is a commodity. We have to manage the football. We have a high expectation of the way we practice and the way we play,” said Osterhout.

Last season, ARC defeated De Anza on the road last September 49-28, a game in which ARC pulled away in the third quarter by scoring 35 points in the second half.

Starting quarterback Jihad Vercher, who was pulled from the game against Modesto after in the third quarter, said his team just needs to “play Beaver ball.”

“Play our football, play how we play and how we’ve been practicing since February. We’ll be fine,” said Vercher.

Of the three quarterbacks that saw significant action for De Anza, none threw for more than 1,000 yards and none finished with a completion percentage greater than 45 percent.

In addition, none of De Anza’s players finished with more than 400 yards rushing or 400 yards receiving.

In their last meeting, ARC finished with 410 total yards of offense and 147 yards rushing.

ARC is currently ranked 15th in the state after its loss, dropping 11 spots from its preseason ranking, while De Anza is not ranked.

ARC linebacker Jordan Kunaszyk is ranked first in the state with 10 solo tackles.