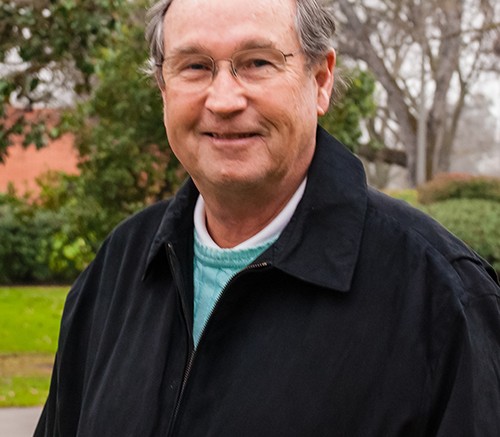 Even though he had been away from American River College for years, Bruce Werner made sure he checked the box scores for every sport.

Werner, who was the dean of athletics from 1979 to 2001, has returned as the school’s interim athletic director until Nov. 1 in place of Greg Warzecka, who retired last month.

Having spent 22 years at ARC, Werner said he became connected to the school.

“It was great. I love this place,” said Werner. “Good people, good students.”

Prior to coming to ARC, Werner was a football and tennis coach for Chabot College for 13 years, and won an award for coaching and administration.

Werner said he enjoys working with students as a mentor, teacher, and as a “sounding board for people with problems”, even having a reunion in June for his 1966-1967 tennis team.

“(Those were the) best years of my career. You’re working with students everyday,” said Werner. “Coaches have a special relationship with students. You develop some bonds with people that last for years and years. What happens to a team is really meaningful and it stays with them for a long time.”

During his time at Chabot College, Werner was a charter member of the California Community College Tennis Coaches Association, later becoming a part of its Hall of Fame.

While at Chabot, Werner and nine other faculty members founded an education center that eventually became Las Positas College, according to the California Community College Athletic Association.

Werner said the job he has allows him to become invested in the program as a whole.

“When you have a job like mine, you become invested in (ARC’s) program and its people,” said Werner. “I got a lot of good friends of mine here and I’m still interested in how they’re doing.”

Adaptive PE instructor and current women’s golf head coach Raye Maero, who was hired by a committee that included Werner, described him as being a “good guy.”

“It was my first community college job, so he was instrumental in helping me become a good professor. (He was) very clear in what he expected of people and he gave us good info on how to improve,” said Maero, adding that he often encouraged his staff to be on committees and to go to conferences.

Maero also described Werner as being a very enthusiastic person who people want to work hard for.

Werner was part of a successful attempt to block the defunding of community college PE classes in the early 1980s and was named the Physical Education Administrator of the year.

According to assistant athletic director and men’s track and field head coach Rick Anderson, Werner was always involved in various fundraisers around ARC.

This included being a part of the “hoop it up” fundraiser, which came to ARC in May 2000.

“(He’s) different than anyone we’ve had,” said Anderson. “He’s the kind of dean that believes he should be part of everything.”