The American River Current • May 8, 2015 • https://www.arcurrent.com/sports/2015/05/08/yokohamas-first-place-finish-in-1-meter-dive-leads-arc-at-state-championships/ 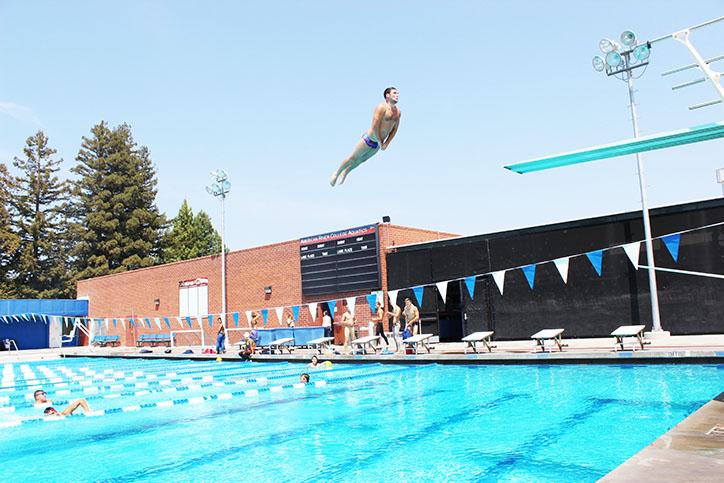 Four of American River College’s five divers placed in the top 10 in at least one of four diving competitions held during the state Swim and Dive Championships from April 30 to May 2.

Of ARC’s six diving team members, five qualified to compete in the state championships out of a total of 17 divers from community colleges across California.

Zachary Yokohama placed first in the men’s 1-meter dive with a final score of 266.80, with fellow ARC divers Jared Saldate and Carson Marin placing in eighth and ninth with scores of 197.75 and 178.65.

Overall for the entire event, ARC placed 14th out of 36 schools with 88 points.