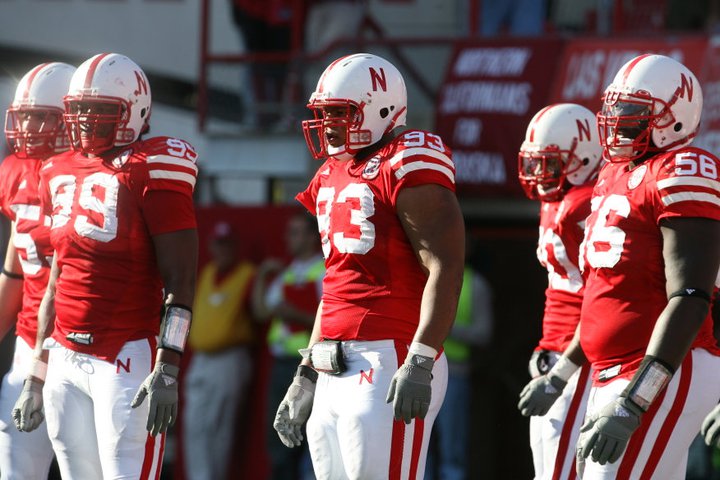 Most people that watch the NFL extensively know Ndamukong Suh as being a dominant, albeit controversial player who has routinely been fined by the league.

American River College football head coach Jon Osterhout, who coached Suh at his alma mater of Nebraska while working as a graduate assistant in 2006 and 2007, says this perception is wrong.

An All-American offensive lineman following his senior season at Sacramento State University in 1999, Osterhout described Suh as being mature beyond his years and determined to become the best player he could be.

Osterhout also believes that Suh is extremely effective in the game, but admits that “there’s some instances where he’s gone overboard.”

Suh played at Nebraska from 2005 to 2009 and was selected with the second overall pick in the 2010 NFL draft by the Detroit Lions.

Since being drafted, Suh has dominated opponents. He has arguably been the top defensive tackle in the NFL, having amassed 36 sacks in his first five professional seasons, the most in the league among active players at his position.

Suh signed a six year, $114 million contract with the Miami Dolphins on March 11, making him the highest paid non-quarterback player in the NFL.

Osterhout said he believes Suh earned every dime in his new contract, of which $60 million is guaranteed.

“I think it’s well deserved. I think it’s nice that defensive linemen are getting paid handsomely for the work they’ve put in,” he said.

But Suh has also gained a reputation as one of the nastiest players in the league, racking up a total of $216,875 in fines for unsportsmanlike plays over the course of his professional career.

Some of those plays include a game where he kicked then-Houston Texans quarterback Matt Schaub in the groin, stomped on then-Green Bay Packers offensive lineman Evan Dietrich-Smith’s arm, and another game in which he stepped on the ankle of Packers quarterback Aaron Rodgers.

Despite his reputation, Osterhout says Suh was liked by his teammates on and off the field and was mature for his young age.

Osterhout has followed Suh’s NFL career closely, although the two have not spoken since his second year in the NFL.

“We developed a close relationship,” Osterhout said of their conversations. “He’s from the Pacific Northwest and that’s where my wife’s from. We had some common people that we knew.

“We talked about a lot of different things, but more small talk on a personal level,” said Osterhout.

“We knew he was going to be a great player,” Cosgrove said.

Cosgrove wasn’t only impressed with Suh’s talent, but also his mindset.

“He was a smart, tough and dependable guy … he really didn’t say a whole lot. He was a respectful guy as a young man,” Cosgrove said.

Cosgrove concurred with Osterhout’s view on the negative spotlight Suh is sometimes placed under.

“He was nothing like that,” he said. “As a coordinator, I never had one problem with him.

Suh was incredibly respectful of his coaches and teammates even as a young man, according to Cosgrove.

Cosgrove said he doesn’t get to follow the NFL much because of his responsibilities at New Mexico, but isn’t surprised by the contract figures.

“That describes what the Miami Dolphins think of him,” he said. “They think he’s pretty special.”

Osterhout said Suh was always upfront in learning more and trying to get better.

“He’s absorbed things like a sponge,” he said. “He wanted to be a great player.”

“Even as a young guy, he was very confident,” said Cosgrove. “And if you’re going to be a great player, you better be confident.”

Despite not having a conversation with Suh in the last few years, Osterhout said his message to him would be quite simple if the two were to speak face-to-face again.

“I would just tell him how proud of him I am and of what he’s done in his short career … tell him to continue to develop in all phases of his life,” said Osterhout.

“I’m sure we’ll cross paths here at some point.”