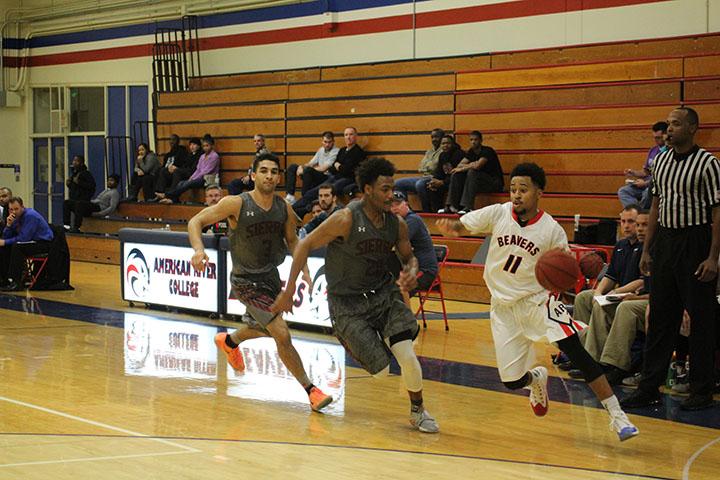 Following a strong and strict recruitment of players, the return of one of Giorgi’s closest friends, and an overall attitude and mental adjustment by the team, ARC rebounded to finish its next season with a 15-11 overall record, 7-7 in conference play to advance to the playoffs.

Defensively, Sinclair led with 4.6 rebounds per game and averaged 2.2  per game in steals.

Giorgi kept it simple when asked of the difference between his team this season from last.

“We just got players. We didn’t have any basketball players last year,” he said.

“We lost a lot of close games last year (and) that kind of killed us, but we just had better players.”

After having mostly a small team last season, ARC had three players this season that towered 6-foot-8 or higher.

“It played a great factor,” said forward Austin Lobo of the size difference. “Defensively, it allowed us to play a more freely.”

Giorgi agreed it made a large difference. 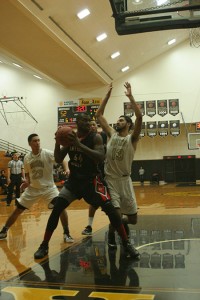 27 year-old center Eugene Crockett filled multiple roles on the team in his sophomore playing season. He started at center in most of the team’s games and multiple freshman credited Crockett with helping them mature.

The team’s season ended in the game against Foothill College, a 78-67 home loss in a play-in playoff game, a game the team and its coach believes it could have won and advanced deeper into the playoffs.

“We were 14-42 front the 2-point line,” said Giorgi. “That’s basically telling you that you missed a bunch of shots.”

Had ARC won the game, the team would have traveled to Fresno City College, the top team in Northern California.

Lobo, a 22-year-old freshman, said he thought the team would have at least reached the final four had it beaten Foothill.

“Yeah, 100 percent,” said Lobo of ARC’s chances of beating Fresno. “If we would have won that Foothill game, I have confidence that we would have gone to the final four, at least.”

Foothill defeated Fresno after its game at ARC, and advance to the final four after winning at San Joaquin Delta College, despite being the lowest seed in the entire playoff bracket.

ARC took its time recruiting and building the roster, according to Lobo.

“I was the first one here, as far as recruits go,” said Lobo. “They were being very calculated and methodical. (They) made sure everyone was comfortable, everyone was on the same page.”

Lobo is older than most of the other freshman players who came to the team straight out of high school.

Freshman point guards Marcelas Perry and Richard Reed said players such as Lobo and the 27-year-old Crockett helped them grow as players and people.

“They taught us how to become men at a young age. Both on and off the court,” said Perry of the older players.

“They looked out for the young guys,” added Reed.

One of the team’s biggest fault was its shooting in games away from home.

“We didn’t shoot well and it affected our energy and our focus. I don’t want to say it caused us to lose a game, but anytime someone loses focus, it’s going to affect the overall performance,” said Lobo.

Giorgi does think the team needs a few more shooters for next season, but said commitment and consistency are the keys to improvement next season.

“Guys were late to practice. (We have to) get guys more dedicated to the team,” he said.

Lobo, who will return next season, thinks as far as skillsets from players, the team is in very good shape and that many players will be returning.

“Jarvis (Watkins), Eugene (Crockett), and Keishaun (Sinclair) will be missed,” Lobo said. “As far as skillsets, we don’t need anything specific. We have a lot of returners that have similar skillset.”

A Football Lifer: in Commitment and Mindset