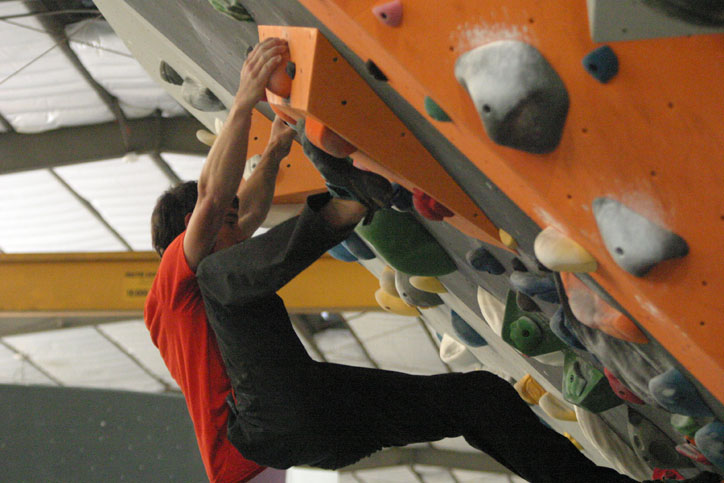 Children who start walking before they are 14-months-old are considered advanced. Dierdre Wolownick, a French professor at American River College, knew her son Alex Honnold was developing quickly when he began walking at 11 months.

Honnold was featured in a 2011 episode of the CBS newsmagazine 60 Minutes that featured his free solo climbs in Yosemite National Park.

“From an early age Alex was climbing on anything that he could,” said Wolonick.

The CBS crew utilized 14 cameras to shoot the climb for television.

Free solo rock climbing is done completely alone and without any ropes and aides.

“Only the climber can evaluate risk, weather conditions, the amount of sleep they are getting and I know that Alex knows what he is doing,” said Wolonick.

Aside from walking at an early age, Honnold has another feature that helps out his climbing abilities.

“What big hands he has,” was always the response people had when meeting her son, said Wolonick.

Honnold, who says he has been climbing for 18 years, graduated from Mira Loma High School with a 4.7 GPA, and studied engineering at the University of California at Berkeley. By the time he was 19, he had decided to dedicate his life to climbing.

“We all knew that Alex was going to end up climbing and that was that,” said Wolonick.

Honnold is most notably recognized for being the only known free solo climber to complete the Yosemite Triple Crown.

He completed the climb in 18 hours and 50 minutes ascending up Mount Watkins, the Nose of El Capitan and the Regular Northwest face of Half Dome in Yosemite.

In 2010, Honnold was awarded the Golden Piton, an annual award presented to people in the rock climbing community, for his accomplishments in climbing.

Honnold isn’t the only one in his family who has climbed Half Dome.

“Alex and I go on at least one climb a year together and Half Dome was the very first,” said Wolonick.

“It’s nice to be able to share cool adventures outside from time to time,” said Honnold. “I didn’t really get her into it. She just asked to come to the gym once, and then when I was gone on trips she just kept coming and got psyched on it and made friends at the gym.”

“It’s nice to be able to share cool adventures outside from time to time,” he added.

Honnold is good friends with Tommy Caldwell, who recently made history with Kevin Jorgeson after becoming the only people to free solo climb El Capitan, a precipitous slab of granite in Yosemite National Park.

Honnold and Caldwell climbed the Fitz Traverse together in Patagonia in February 2014.

It took Honnold and Caldwell four days to complete the climb.

Honnold also has had experience climbing with Hans Florine.

They currently hold the record for their climb of the Nose of El Capitan in which they finished with a time of 2 hours, twenty-three minutes and fifty-one seconds.

Honnold has notable videos made of him with footage of him climbing: Alex Honnold 3.0, The Ascent of Alex Honnold and Alone on the Wall.

Wolonick is proud of what her son has been able to accomplish in the world of climbing.

“Watching him climb is like watching ballet,” she said.
Kameron Schmid contributed to this report.