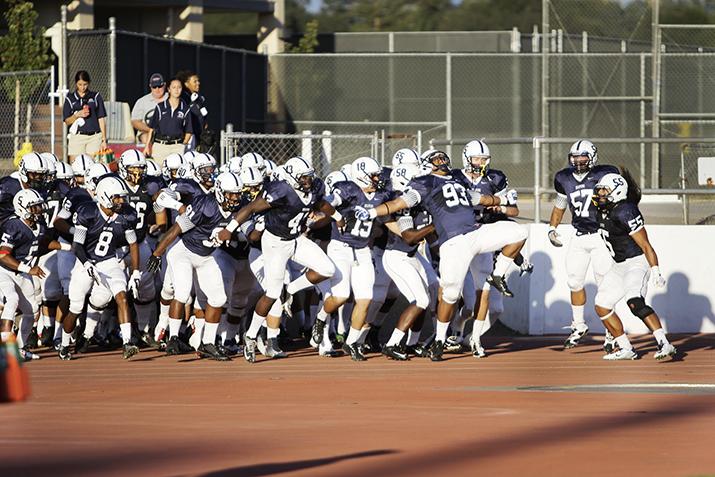 In a rematch of a regular season matchup in which American River College football team shut out City College of San Francisco 13-0, No. 2 seed ARC will make its way to the Bay Area to face top seeded CCSF, this time in the NorCal Football Conference (NCFC) championship game.

The winner will go on to represent the north at the state championship, playing the winner between SoCal finalists Riverside City College and Mt. San Antonio College.

Both ARC and CCSF finished the regular season with 9-1 records, with ARC’s lone loss coming in a turnover-heavy performance against Butte College on Nov. 8.

CCSF’s only loss on the season was to ARC.

CCSF went on a tear following the loss at ARC, winning it’s final six games of the regular season in dominant fashion.

Its smallest margin of victory during the streak was by 16 points in the regular season finale against College of San Mateo, and the team scored more than 60 points four times over the final six games, including a 70-0 shutout of Santa Rosa Junior College on Oct. 25.

Osterhout believes this game will be much different than the regular season matchup.

“I think if you look at both teams, we’ve both drastically improved in every area, and they’ve obviously put a lot of points on the board offensively, and they’re a very talented football team as usual.

“(It’s) just going to come down to us playing our brand of football. ‘Beaver Ball.’ If we do that, we’re a pretty good football team,” he said.

Deon Ransom, ARC’s starting running back, has been a huge weapon for the team in the last few weeks, scoring five touchdowns in the last two games.

Ransom was firm in how hard his team will have to play to win Saturday.

“(It’s going to take) everything we got,” Ransom said.

“Everything and more. They’re gonna want revenge and redemption, so we’re going to have to bring our A game,” he said.

Despite CCSF’s high offensive outputs this season, Osterhout says good overall performance from his team will be necessary to pull off the win.

“I wouldn’t say there’s a critical area of our team that has to play better than the other. We’re expecting all three phases (offense, defense, and special teams) to play very well in a championship environment with a lot at stake,” he said.

ARC starting quarterback Tanner Trosin, who severely sprained his ankle after a sack playing against Feather River College on Oct. 25, said after the playoff win against Butte that he was still feeling the effects of the leg injury.

“I’m kind of on one foot right now,” he said following the game.

Trosin has shown effects of the injury even as he continues to start, noticeably less mobile and less willing to rush than he was prior to being injured

Butte sacked Trosin three times in the opening playoff game, and seemed to make a point of putting extra pressure on him in the pocket.

Despite Trosin’s injury and ARC’s regular usage of backup quarterback Peyton Wilfley throughout the season, Osterhout is sticking with Trosin as his starter.

“We’re planning on Trosin being ready to go,” he said. “If we have to use Wilfley, we’re not gonna shy away from that.”

Trosin has been the primary quarterback and gotten the majority of reps all season long, but as the games progressed even after Trosin’s ankle injury, his playing time has increased overall, sometimes to the point that he plays the entire game.

While Osterhout seems to be relying more on Trosin as of late, he continues to express supreme confidence in his leaders.

“Like I’ve stated before, we feel very comfortable with all of our quarterbacks.”