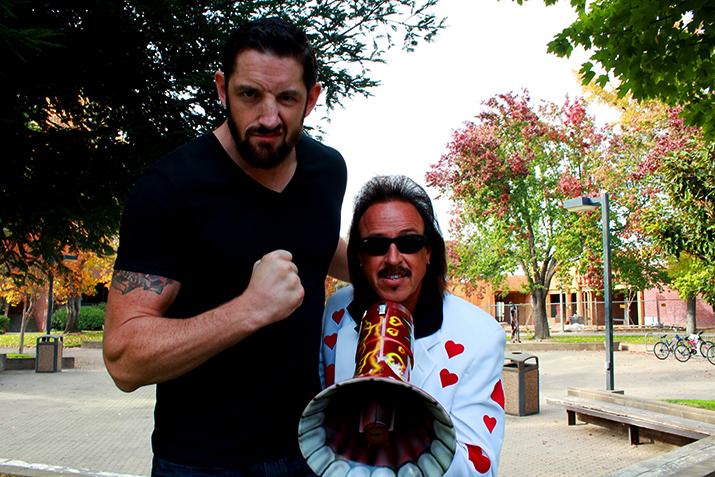 Speaking with the 70-year-old Hart is a lot like trying to push a 18-wheeler truck backwards up a hill. Try as you might, you’re not getting anywhere you want to go.

When asked about the recent passing of James Hellwig, also known as the “Ultimate Warrior,” Hart recalled seeing Hellwig the day before his heart attack, and said “he looked great,” a statement contrary to numerous reports that Hellwig appeared very unhealthy.

The event Hart recalled seeing Hellwig at was a Monday Night RAW broadcast, where Hellwig said the now ominous words, “Every man’s heart one day beats its final beat. His lungs breathe a final breath.”

Much has been said and documented about rampant drug abuse in the wrestling business, including performance enhancing drugs, recreational drugs and painkillers, whether they were being used to help recovery or mask pain so the show could go on.

Hart was dismissive about the topic.

“I’ve never smoked marijuana, taken a drug … or even had coffee. That’s the way I chose to live my life. Back in the old Memphis days, people would have a beer or two, but that’s about it,” said Hart.

Barrett brought up the WWE’s wellness policy when referring to drug and steroid use.

“The Wellness Policy often gets overlooked – I get random drug tests about four or five times a year. Every active talent on the roster all get tested for drugs and stuff like that. If you take an average cross section of the wrestling population, say, 100, we are all passing the tests,” said Barrett.

Under the WWE’s policy on drug testing, it is stated that performers will have no less than two hours notice prior to testing.

Barrett, who this year had surgery on his shoulder after separating it during a match, has had three surgeries since joining the WWE in 2007, and said any pressure to come back quicker than recommended comes from himself, and not the organization.

“I’ve never had a problem getting the best medical treatment the moment I had an issue,” said Barrett.

Hart was also similarly complimentary of the WWE’s current protocols and treatment of performers..

Tickets for Wrestlemania 31 are available for purchase Saturday through Ticketmaster.

Friday there will be a free pre-sale party at Levi’s Stadium. Fans in attendance will be able to get autographs, photos and participate in Q&A sessions.

Fans will also have the opportunity to purchase Wrestlemania tickets at the party before they go on sale to the general public.

Be the first to comment on "WWE stars stop by ARC, share thoughts on industry of wrestling"