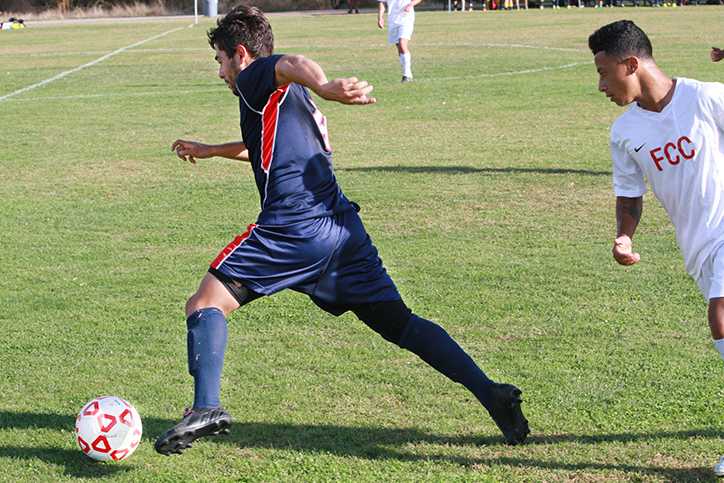 The game was neck to neck until the second half, which FCC was able to score in.

Despite losing, ARC had standout moments of their own. Defender Kellen Wylie was able to stop the other team from scoring at the very last second.

“I just saw the ball not really hit really hard on goal, and I slide for it,” said Wylie. “I saved it magically.”

“I thought our pace was very well. We battled the whole game. Losing 1-0 on a fluke goal isn’t bad at all,” he said.

Paul Hansen said he was pleased with his team regardless of the outcome.

“Fresno is a really strong team,” said Hansen. “It’s been a really tough season, but the guys haven’t quit. I’m proud of their effort today.”

“In term of record, (Fresno) is supposed to be much better than us … They really had to work for it,” he added.

Hansen and Wylie echoed each other by saying there were numerous injuries on the roster.

“We had a number of injuries,” said Hansen. “We got some guys back.”

“We have our full roster back, I’m just back from a concussion,” said Wylie. “They are one of the best in the state … I thought we did really well.”

“Guys are still playing hard, we are all still in, there is no quit in these guys,” said Hansen.

ARC will be playing against Modesto Junior College on Nov.13.

Day of the Dead influenced play is coming to ARC

CAEB announces dance contest for May 15