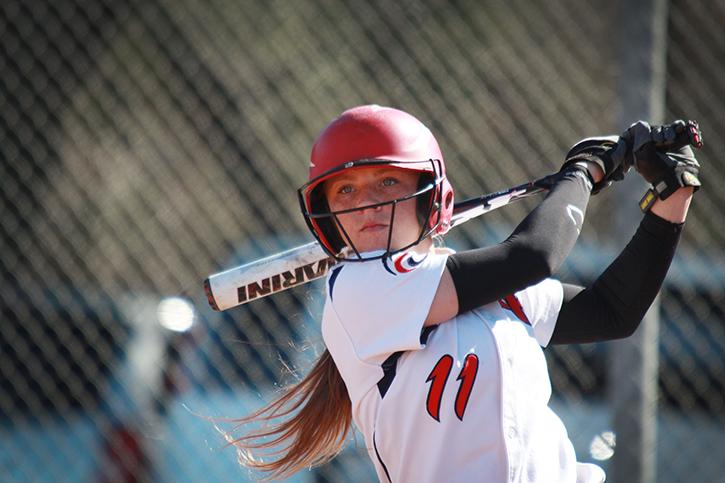 Lolli Rothenberger-Conway warms up before her first time up at bat in a game against the College of the Redwoods on Feb. 21. (Photo by Emily K. Rabasto)

The American River College women’s softball team easily cruised past College of the Redwoods with a score of 16-3 on Friday.

The women brought in 11 runs in the first inning behind sound hitting, taking a nine-run lead and giving freshman pitcher Midori Bounds some early run support.

Head coach Lisa Delgado, in her eleventh season, said early offense is a focus for the team.

“Our offense is our spark plug. Absolutely. We like to come in and score runs early. I honestly think we have the best hitting coach in the conference. Darin (Delgado) does a great job with these girls, and now it’s just a matter of confidence, getting more at bats in, and with each at bat, instilling more confidence,” said Delgado.

“It gives me a little bit of breathing room,” Bounds said of the early inning lead.

It also gave her the ability to try out some other pitches that she doesn’t normally throw.

“I tried a few new pitches today and that was nice. I struck a girl out on a new pitch,” Bounds said.

The defense also appreciated the effort put forth by the team’s pitcher.

Hitting was the obvious area, though, where the team really seemed to excel.

“Shirley May and Stephanie Mitoma — those two kind of go back and forth on batting leadoff and leading us, but honestly, one through nine through the lineup, we’ve had some pretty good batters, on different days with different players,” said Delgado.

May, a sophomore who transferred to ARC after playing for Sierra last season, is leading the team with a .500 batting average and 20 total hits.

Mitoma has only played in five games so far, but is hitting .450, and has been brought in for a run on seven of her 12 on-base appearances.

“I love this team. I feel more of a family kind of style. We have a great group of girls who can come together and pick each other up when something doesn’t go our way. We have a good chemistry,” said May.

“We did really good staying back on the ball and just hitting the ball hard and that’s how you score lots of runs.”

Freshman Audrianna Burlew almost had her first home run of the season when she hit one off the top of the fence.

“It felt pretty good,” Burlew said. “It almost went over.”

“We could have done better,” Garnett said.

The women are now 6-5 and play their next game at home against Butte College, today at 2:30 p.m. 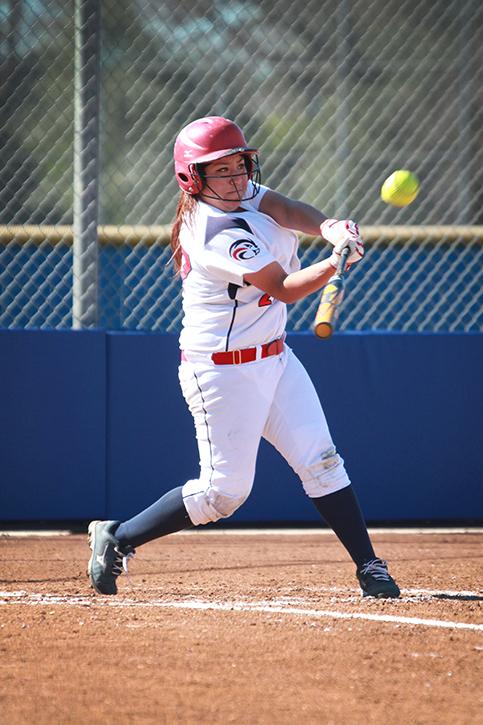