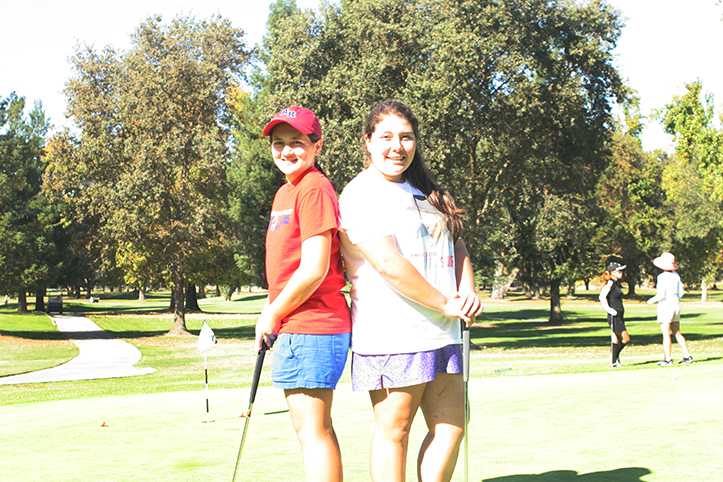 With the season coming to an end, the women look to lead the Beavers into a Nor Cal Championship berth. Rosales and Santo Domingo have led the team through adversity this season, and both golfers have set a standard of excellence and leadership on the team.

Rosales is a vocal leader. In her first collegiate season Rosales has shot an 86 as her best score, showcasing her strengths.

“A strong part in my game would definitely have to be driving the ball,” Rosales said.

She also knows there are details to her game that she can improve to continue competing at the highest level.

“My weakness probably is my short game and trying to stay consistent with my swing,” Rosales explained.

Coach Maero knows the impact Rosales makes when she is on the course. She works hard at perfecting her game.

Outside of golf Rosales, who is an art major, admits that she loves going to the gym and school, and she works on her design skills, dedicating some of her time to art.

Rosales says that her personal goal this season is to obtain a scholarship to play at a higher level. There are a few schools pursuing her at the moment: San Francisco State University, Long Beach University, and Pacific University. As a freshman, Rosales looks to gain more attention from schools next season.

Santo Domingo has also been an asset to the team this season. Her leadership and commitment on the course are some of her strengths. Her best score this season was an 84.

“Megan has gotten really better from when she started at ARC,” coach Maero said.

“I really rely on my putting game,” Santo Domingo said, but she isn’t afraid to admit that there is always room for improvement, especially on shots from the tee box.

Her hard work shows her desire to get better; she practices everyday, and ends her practice by going to the driving range. Santo Domingo shows how devoted she is to her craft.

Outside of playing golf she loves to hang with family and friends, and to focus on schoolwork. Her personal goal for the season is to make it to the Nor Cal Championships this year.

Although the season hasn’t been ideal for the team, the women are finding leadership in these two young ladies.

“They are great role models to the other golfers on the team,” coach Maero said.