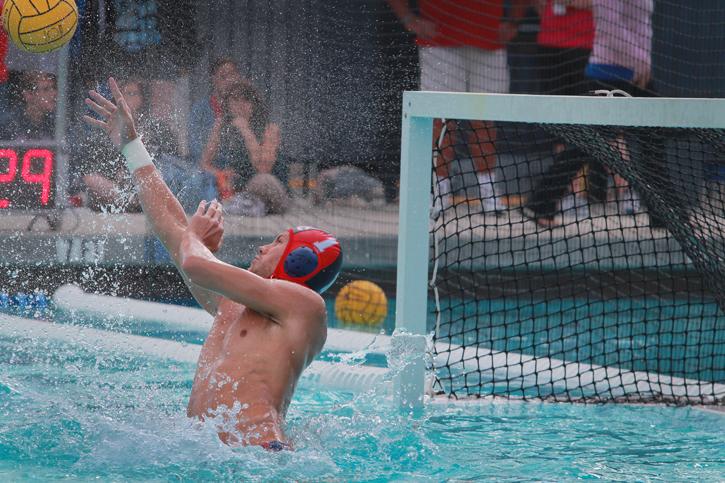 American River College men’s water polo team squared off against the Sierra College Wolverines in a match that was full of excitement and strong efforts from both sides.

The match began with ARC sprinting out to get the first possession of the ball. There was a tense defensive battle for the first three minutes of the period, in which neither team could get its offense going. Then ARC’s attackers got into the interior of Sierra’s defense scoring their first goal fairly easily against the Wolverines.

The Wolverines quickly responded by turning around and scoring their first goal a minute after the Beavers’.

After a defensive tussle between the two teams, ARC freshman Maximilian Wiese, who plays the utility position, threw an absolute heater to make the score 2-1 by the end of the period.

Sierra grabbed the ball first in the second period, and within a couple of minutes they scored the fourth goal of the game making the game 2-2.

Shortly after that goal, an ARC attacker got into a scruff with a Sierra defender, in which a penalty was called. That led to a power play by the Beavers’ offense. Wiese once again threw a killer shot to make the score 3-2 for his second goal of the game.

Before the end of second period, the Beavers established their dominance by scoring the sixth goal of the game making the score 4-2.

At the beginning of third period, it was quite evident that Sierra was not prepared for the intensity that the Beavers were playing with.

Sloppy play and misguided shot attempts at the Beavers’ defense was a clear sign of exhaustion and desperation by the Wolverines.

The Beavers’ strong defensive efforts, and the Wolverines’ overall low-intensity play on both sides of the ball led to two more quick points by the Beavers’ offense, making the score 6-2 by the end of the third period.

At the beginning of the final period, the Wolverines tried to turn up the heat on the Beavers on both ends of the pool. This led to the first goal of the fourth period by Sierra making the score 6-3 with 5 minutes left on the clock.

This goal seemed to rally the Wolverines, giving them new hope in an otherwise dreadful situation. This new energy was evident when they began to turn up the pressure, making the Beavers’ offense very uncomfortable.

That still wasn’t enough to stop Wiese, who once again dropped a bomb on the Wolverines’ defense, making the score 7-3, with 4:35 on the clock.

Thirty-one seconds after that goal, sophomore attacker Matthew Luster added another score for the Beavers, making the score 8-3. It was clear they were flexing their muscles on this Wolverines team.

A timeout was taken with 2:47 left on the clock, and it was pretty clear that this one was in the books.

With 44 seconds left on the clock, ARC put up another score making it 9-3. At this point things had long gotten out of hand.

With 17 seconds left on the clock Sierra added another score making it a 9-4 game.

The Beavers were just physically better in every aspect of water polo. The Wolverines could not match them in strength or skill, and it showed in the final score.

Opinion: Hip-hop was sleeping, not dead

For a young team, the sky’s the limit