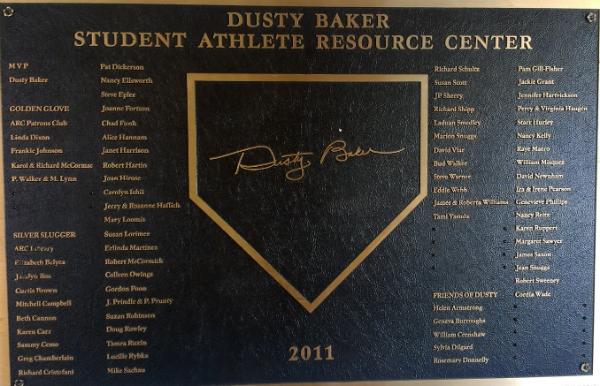 Baker had coached the Reds since the 2008 season. During his time with the Reds Baker amassed a 509-463 record.  Baker had previously coached the Chicago Cubs and the San Francisco Giants.

Baker played at ARC before he was drafted with the 503 pick in the 26 round of the 1967 amateur draft by the Atlanta Braves.

Before he was fired Baker was second among active coaches in the league with 1,671 wins, behind Detroit Tigers coach Jim Leyland (1,769), and ahead of Giants coach Bruce Bochy (1,530).

Baker has never forgotten his ARC roots, and is involved with the school still. ARC boasts the Dusty Baker Student Athlete Resource Center, and Baker also lends his name to a golf tournament that helps raise money for the athletic department.

“It’s a shame. He’s been really successful wherever he’s been,” head baseball coach Doug Jumelet said.  “He has won with the Giants, he’s won with the Cubs, and won with the Reds. Got them all to the playoffs and done well and sometimes sports can be a pretty fickle business. And you know, he even got to the playoffs this year and apparently that wasn’t good enough.”

Baker from time to time can be found on the campus and gives advice to student athletes about succeeding in school.

“It’s tough anytime that happens, but one thing about Dusty is that he is a pretty tough guy and I think he will land on his feet,” Jumelet said.   “I think that there are enough people that will want a guy like that to lead their team.”