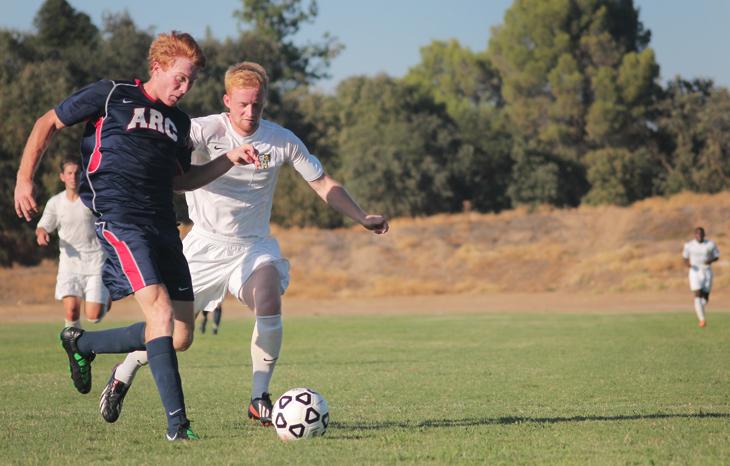 As the men’s soccer team of American River College prepares for its 2013 season they look to rebuild. The Beavers posted a 8-10-3 overall record in 2012 and finished third in the Big 8 Conference. They hope to turn the tables this year.

The Beavers have already played five games this season and are off to a 3-1-1 start. They defeated the No. 1 ranked  team in the Hartnell Tournament, City College of San Francisco and made it to the finals in the tournament only to lose in penalty kicks to Hartnell College.

With the freshmen coming into a team that was fairly young last year, head coach Paul Hansen has to be pleased with how well the newcomers and returning players have been able to mesh so quickly, especially with his style of coaching in which he demands a lot from his players.

“I’m thrilled with what the returners are bringing back to the table and it’s going to be a good mix with the talented group of newcomers,” sophomore defender Jordan Moreno said. “During off season we have blended really well and we are really excited for the combination of experience and leadership helping the new players adjust to their roles within the team.”

Look out for ARC when they begin conference play because they are looking forward to the match up against their crosstown rivals, Cosumnes River College.

“We are ready to compete against the top teams,” sophomore goalie Andrew Garcia said. “The games against CRC are always very exciting with a lot of passion from both teams”.

The Beavers are ready to show up and make a statement on who’s the best in Sacramento and again seem ready and primed to make a push at a Big 8 Conference title. After finishing third last year they will push to earn a berth in the state tournament.