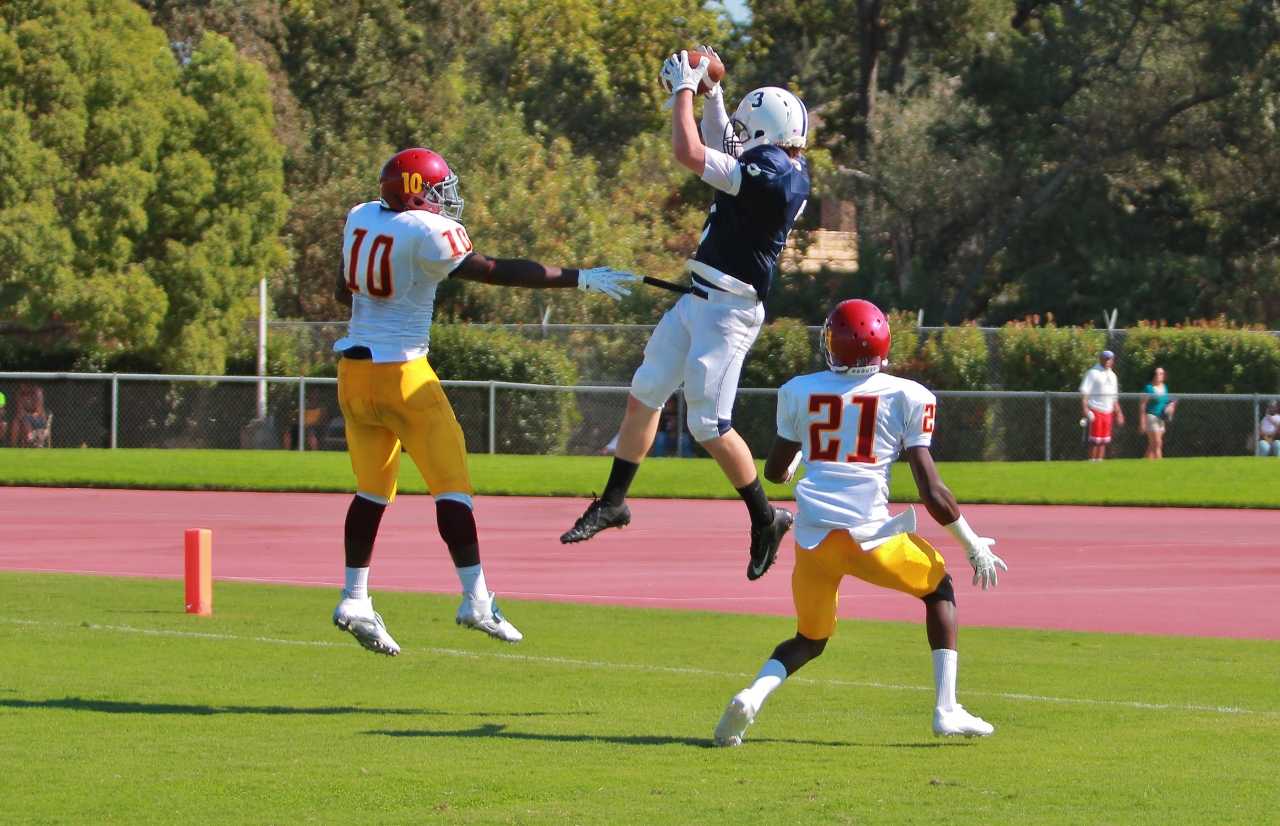 American River College (1-0) hosted their home opener Sept. 14 at 1 p.m. versus longtime rival Sacramento City College (1-0).  The Panthers jumped out to an early 7-0 lead over the Beavers. ARC would rally and go on to score 34 unanswered points, the team would hold on to defeat the Panthers 34-7.

After winning the opening coin toss the Panthers deferred the ball to the Beavers. On the third play of ARCs opening drive sophomore quarterback Mike Hicks completed a pass to sophomore wide receiver Nathaniel Smith who en route fumbled the ball. The Panthers would recover the ball and take it down to the 15-yard line.

Following the fumble recovery Panthers freshman quarterback Taylor Laird would run the ball down to the 5-yard line; a defensive off-sides penalty moved the ball to the 3-yard line. The Panthers would finish their only scoring drive of the game with freshman running back Josh Hadley rushing the ball in to the end zone.  Freshman kicker Clarke Ball’s point after touchdown (PAT) was good putting the Panthers up 7-0.

The Beavers first scoring drive of the game started from their 2-yard line. Hicks escaped a near sack in the end zone by completing a 34-yard pass to sophomore wide receiver Tyler Trosin. Four plays later Hicks would connect with Trosin again for a 38-yard touchdown reception in the second quarter. Sophomore kicker Cameron Southwards PAT was good tying the game 7-7.

The Beavers offense never looked back, later in the second quarter Hicks would connect with Trosin again this time for a 48-yard touchdown reception with 51 seconds left in the first half.

On the Panthers first drive of the second half freshman wide receiver Bobby Garza fumbled the ball, the ball was recovered by freshman defensive linemen Caleb Melton, who took the ball down to the 12-yard line.

“I just came prepared and ready to go,” Melton said.  He would also add a sack in his season debut.

ARCs offense was unable to capitalize in the end zone sending the field goal unit on to the field. Southward would make the 23-yard field goal after missing two field goals in the first half of the game; ARC would lead SCC 17-7.

In the third quarter freshman quarterback Jake Bist would fumble the ball at their 12-yard line, resulting in a fumble Sacramento City College would recover the ball in the red zone. On the ensuing second down Laird would be hit causing him to leave the game with an injury, freshman quarterback Justin Moore would replace him. The Beavers defense held strong holding the Panthers to a field goal.

The Panthers field goal unit took the field only to have Balls field goal blocked by a surplus of Beaver defenders; the score would remain 17-7 and SCC would turn the ball over on downs.

With 24 seconds left in the third quarter Hicks would connect with sophomore wide receiver Ference Lang on a 53-yard touchdown, Southwards PAT was good putting the Beavers up 24-7. 51 seconds into the fourth quarter Hicks would connect with Trosin again for a 15-yard touchdown reception pushing the Beavers lead to 31-7. The Beavers offense was stagnant for the remainder of the game only scoring one more time on a 30-yard field goal hit by Southward with 5:59 left in the game.

“They just settled in and played, and we talked about making sure that we just stay within ourselves, we run to the football, and we tackle really well,” Haflich said.  “As we settled in our attention to detail got better.”

“We had a good game-plan going into the game, and they pretty much ran what we thought they were going to run and we just executed,” Trosin said.