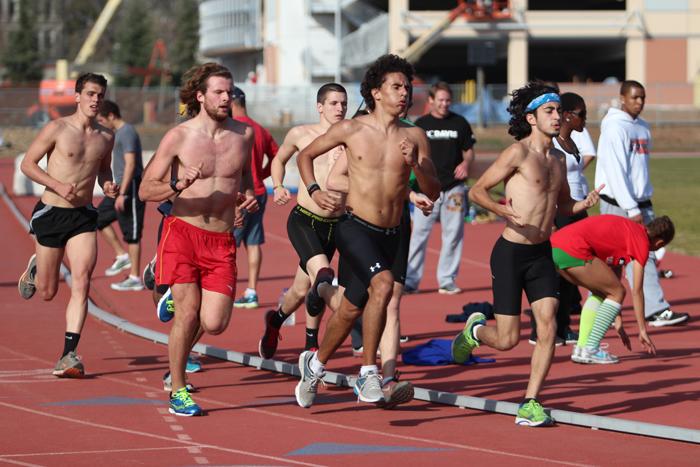 The men’s track & field team is looking to claim their second title in three years.

The American River College Men’s Track & Field team is set to begin their season at 9 a.m. on Feb. 17 against Fresno State University. Following a very successful 2012, the athletes and coaching staff have high expectations for this season.

Having finished in the top five in the state last year, the Beavers aspire to continue competing at the level that has kept them among California’s elite in recent years.

“After finishing 4th last year and winning it all the year before, we’ve kind of set a standard,” head coach Rich Anderson said. “It’s top four or five, or it’s almost a failure.”

With the loss of cornerstones Diondre Batson and Matt Airola, recently transferring to the University of Alabama, coach Anderson acknowledges there will be a substantial void left to fill, but he is confident that his new talent will be able to ease the transition.

“There’s almost too many guys to mention that are going to be really good,” Anderson said. “It’s a long list of guys. We’re going to have a really strong and healthy team.”

Among those expected to perform well are sophomore Jacob Huston and freshman Luis Luna.  Both have high hopes for 2013 and believe the toughest competition will be amongst themselves.

“In our workouts we have the same level of competition, or higher,” Luna said. “When we go to conference and other meets, we don’t have anybody to run with. That’s a big key to our success.”

Huston relishes in the friendly competition. He also believes it is critical to build a championship culture.

“I love the competition.” Huston said. “We race at set speeds, but we’re trying to push each other.”

Even with the season fast approaching, those friendly rivalries will continue to hold their merit, as well as coach Anderson’s attention. He believes the Beavers will not meet a true match until finals.

“I don’t know how anyone in conference or NorCal can touch us,” Anderson said. “Nobody in northern California can mess with us.”

Making a splash at state championships

Be the first to comment on "Running for a championship"