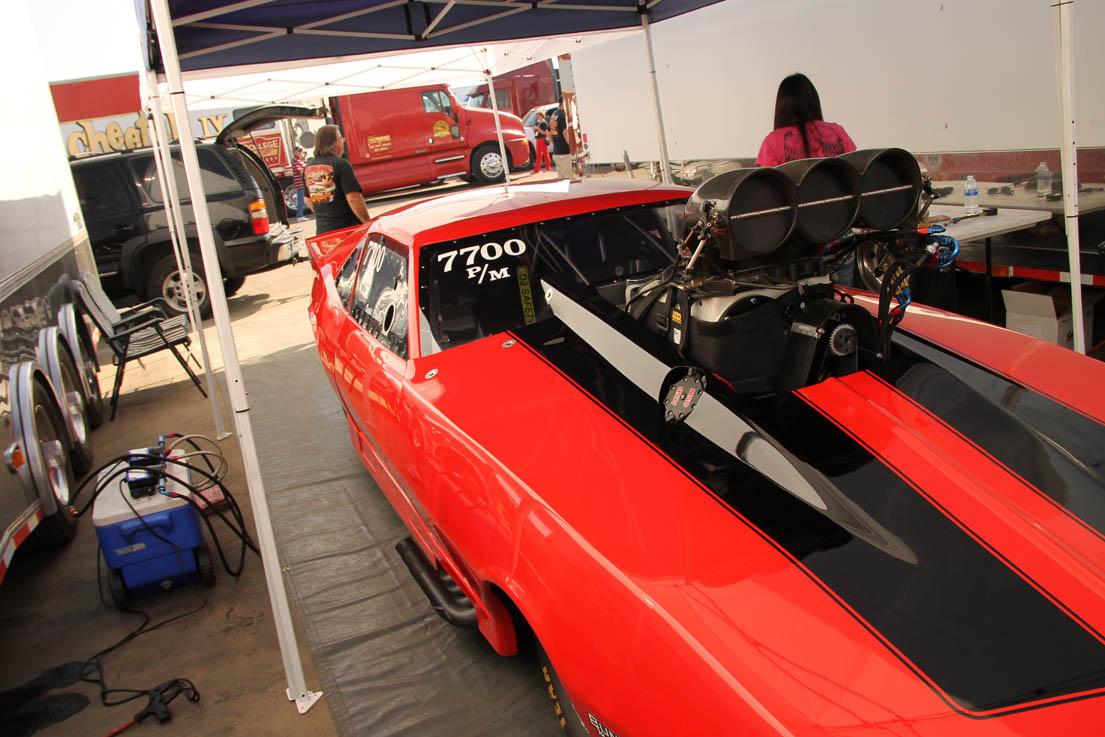 It takes a great deal of experience and skill to hone a craft. As for West Coast Outlaw Pro Mod racer Scott Bailey, 56, that statement holds true.

Pro Mod racing is a “no holds bar” form of quarter mile drag racing, defined by the National Hot Rod Association (NHRA). Bailey is one of the racers who helped develop the West Coast division of Pro Mod racing.

Bailey grew up as a self-proclaimed daredevil. He was into racing, riding dirt bikes, and being spontaneous. “Racing has been apart of me my whole life. My dad got me interested in racing,” Bailey said.

He got his first glimpse of racing when he got his first Chevy Camaro at 16. He was a speedster from the moment he put his foot on the gas. He even got in trouble quite a few times. “I got in trouble on the street. So they [the cops] advised me to take it out to the raceway, which I did and I got hooked… I have been racing since I was 16 years old,” stated Bailey.

Eventually, he started bracket racing. Bracket racing allows the drivers to run on a handicap. It doesn’t measure your reflex time; it measures how fast you run the track. Bailey realized he wanted something new from racing.

“I got to a point where I didn’t like the type of racing it was, because it wasn’t a heads-up race. The tree had no factor in your time,” Bailey said.

Bailey decided he no longer wanted to do bracket racing, so he got involved with Pro Mod racing. There wasn’t a West Coast Outlaw branch at the time, but he, and a dozen other members, were determined to get their division taken seriously by the rest of the Pro Mod association.

“We started a Pro Mod Association out here and we got the first Pro Mod race at Sacramento Raceway and it went over quite well,” said Bailey.

In 2006, he and a few other drivers finally achieved their goal when the West Coast Outlaw Pro Mod division was established. Their division currently has some of the fastest runners in Pro Modified racing with many of the cars running, on average, under 6.4 seconds and reaching speeds of over 220 miles per hour in the quarter mile run.

Rick Worthington, who has been Bailey’s crew chief since the summer of 2005, has watched how the sport has made him grow as a person. “He is very aggressive and very focused but he’s a lot of fun when you get to know him,” Worthington stated.

Bailey and his team are located in Rancho Cordova, Calif. They had one of the best years, statistically, in 2012. He broke the six-second barrier by running a 5.96 at 245 miles per hour at the California Hot Rod Reunion in McFarland, Calif. in October.

After joining the six-second club, he bettered his time by a tenth of a second, running 5.95 seconds at 244 miles per hour at the Street Car Super National event in Las Vegas on Nov. 18, 2012.

“It’s a great car, it’s a wonderful team, it’s kind of like a family bond. We have a good time and we love to race,” Worthington said.

Bailey has achieved success on the track and in other aspects of his life. He founded his own business, SW Bailey Construction, in 1994.

Bailey will be competing in Sacramento on March 22-24 at Sacramento Raceway. He has been racing for forty years and doesn’t plan on leaving the track anytime soon.

“It’s in my blood and there is no feeling that replaces it; the excitement and the competition,” Bailey stated.

Extra classes at a steep price

Battle of the unbeaten: No. 6 ranked Beavers blow out Santa Rosa Junior College on the road

Keep your risk factors to yourself, please

Be the first to comment on "Fast and furious"