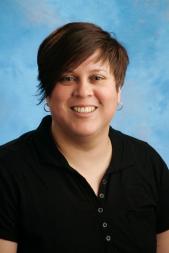 Since leaving American River College, Camille Gutierrez has had her share of coaching positions at the collegiate level.

As a player for the Beavers from 1993-95 Gutierrez was an all-american volleyball player.

After six seasons as an assistant for the Beavers, Gutierrez spent two years at West Virginia University and last season on staff at Indiana State.

During the first week of January, Gutierrez was hired on at Butler University as an assistant women’s volleyball coach.

In an interview with The Current, Gutierrez talks about the factors that played in her decision to move to Butler, and the memories she has of her times at ARC.

Current: What factors played into your decision to move from Indiana State to Butler University?

Gutierrez: “It’s constantly changing in coaching, as far as being an assistant. There are a lot of changes that go on.  If the opportunity presents itself to move forward, then you try and do that. Butler’s a great university; it has a lot to offer students in its athletic programs. The more I spend time on campus, the more I can’t help but sometimes say to myself, I think I want to come back and go to Butler.

Are there any memories you have of your time playing or coaching here at AR?

“I have a ton of great memories. I played for a great coach at AR, with Kathleen Sullivan-Torres. I had a lot of success, and I had a lot of growth as a person and a player during my time at AR. I learned so much, it’s hard to put it into words. It was a great atmosphere to be in.  We were very successful, and I was able to enjoy that success with my teammates. I look back on my years at AR with nothing but love and fond memories of who I played with and my coaches as well. I can’t say enough about AR and the time I had there.”

What made you choose to become a coach?

“It’s something I have always been interested in as a player. I’m very tuned to the game and the strategies. It’s fun for me. It’s a form of teaching, and I’m a big believer in that.  I enjoy it, I love sports, I love volleyball, so why not do something you love, and keep doing it.”

Will you ever try for a head coaching position at the collegiate level?

“I think that’s something I do aspire to do. It would be nice to be the one that makes the decisions, and follow through with it. If it differs at all slightly good or bad, I can say that it was my decision. As an assistant, you get your input, and the head coach decides to run with it, alter it, or nothing at all. So the opportunity to be a head coach is something I do look forward to doing.”