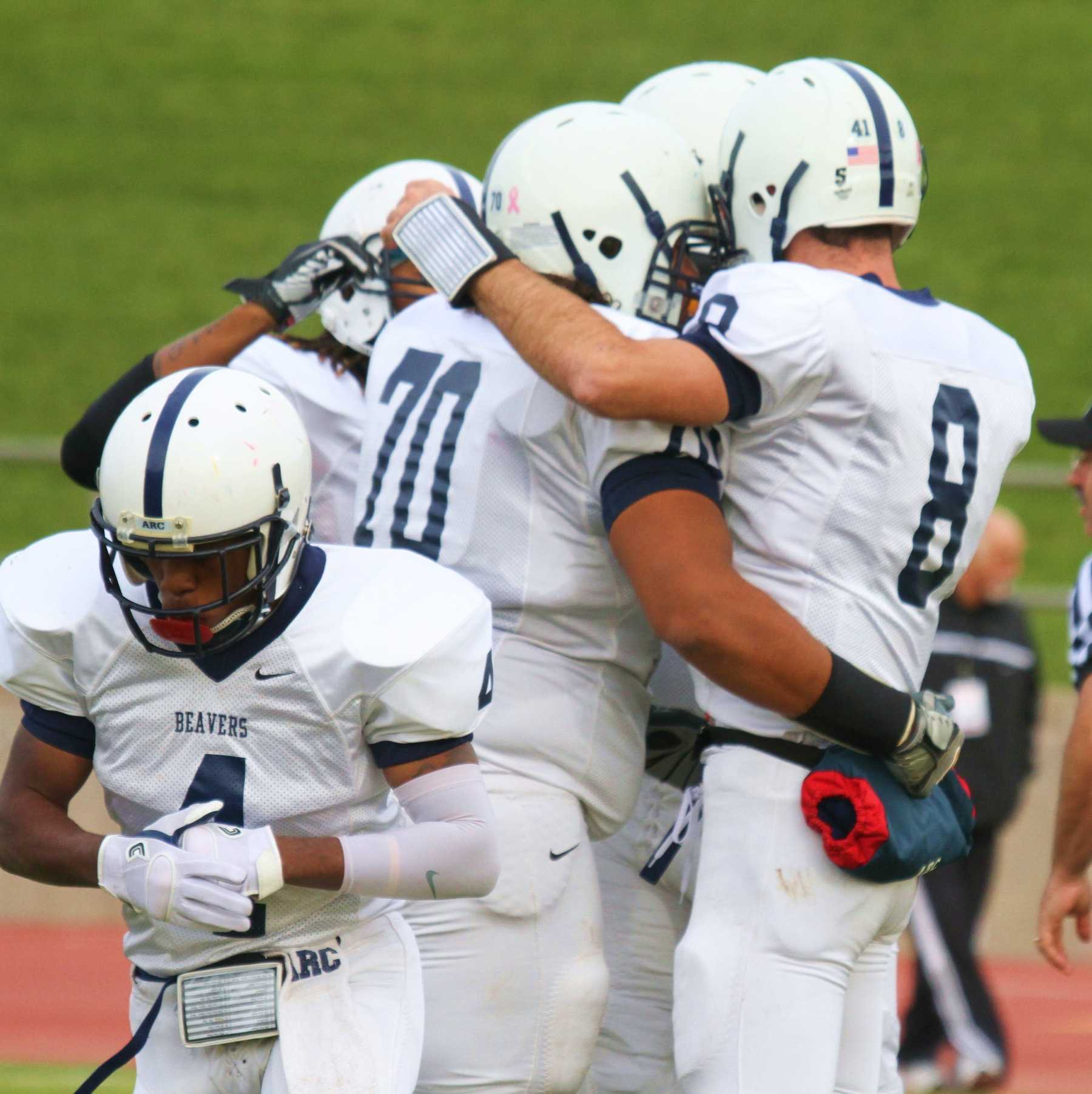 It wasn’t a perfect performance by record-breaking freshman quarterback Andy McAlindon and the American River College offense. But it was damn near perfection for the Beavers defense and special teams. And that is good enough to for the coaching staff and players to scream out perfection.

“We’re 11-0 now. We got the win. I don’t even know what to say right now,” sophomore running back Joe Ferguson said following the final play.

ARC beat Chabot College of Hayward 41-18 on Saturday, Nov. 19 at Beaver Stadium in the Capital City Bowl in front of a crowd of over 3,000 fans.

The Beavers now have the first ever 11-0 season in school history.

The Beavers(11-0, 4-0 MEC), ranked third in Northern California, fifth in the state and ninth nationally, used a bevy of defensive stops all day against the fourth ranked rushing offense in the state.

“It was a big team effort,” freshman linebacker Samson Failfili. “We wanted to get them into third-and-long situations, and that is what we did. That’s what won the game.”

And despite McAlindon getting hurried against a top-five defense, the Beavers were able to rely on special teams to also play a huge part in the win.

“I really believe we have out-coached a lot of teams on special teams all year,” Haflich said. “We were really prepared this week and the guys did a great job of executing.”

His inability to play on offense because of a spider bite that forced running back Devonte Booker to have to spend a night this week in the hospital to have it drained–he voice his frustration that he took out on the Gladiators (9-2) special teams once he got his hands on the ball.

Booker returned a kickoff for 85-yards in the second half that all but sealed the victory for the Beavers.

“I was just sitting back there with a lot of anger and frustration,” Booker said. “I got the return, found an opening and took it to the house.”

It was a brisk day once clouds rolled in over the field prior to kickoff, giving this Saturday afternoon a real November feel and it was darn right cold and dark at the end of the game.

But that didnt stop the Beavers from celebrating.

McAlindon expressed the want to return to ARC next season. Backed with Booker at running back next season and a strong secondary back with Zane Petty, Clifford Redmond, Cody Brooks and Scott Patalano all returning.

McAlindon will miss his stable of receivers moving on, but Haflich and staff have done a bang up job recruiting, it would be hard not to expect another strong class coming in for ARC in 2012.

But for this season, the excitement of perfection is all that is truly on their mind.

“I am just happy to be here and start a new dynasty here at ARC,” Woods said.