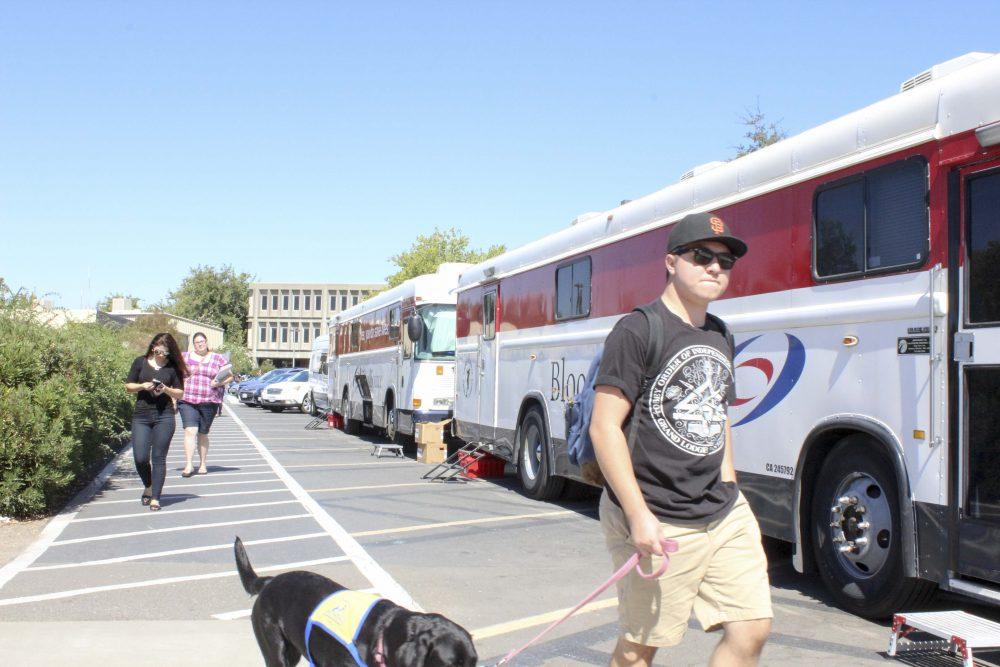 The drive has two locations, one between the police station and parking structure, and the other in B lot, next to the student center.

Many students lined up outside of the BloodSource “bloodmobiles” to donate.

Bill Dow, a volunteer for BloodSource of eight years, gave some insight as to why the drive is such a good cause.

“(when) you donate blood you save four lives, so I think it’s a pretty good cause,” Dow said.

Approximately one out of seven people who enter the hospital need blood, and fewer than one in ten, eligible donors, donate, according to BloodSource.org.

ARC student, Jung Kim, English major, giving blood for the first time, had a friend who was saved by blood donations.

“I had a friend that was in a car accident. He needed type A blood. His surgery went smoothly because of blood donations Kim said. Thanks to blood donations, his life was saved.”

Kim said that he believes giving blood is important.

“You never know what’s going to happen,” Kim said. “The more blood you give; the more lives you save.”

“I do it (give blood) every time I have a chance,” Villa said.

If you are still wanting to give blood, but missed the drive, the blood drive run is on campus every 8 weeks because the average person can only give blood every 8 weeks.

Alternatively, you can go to one of the many BloodSource locations to donate. The closest location to ARC is their Fair Oaks locale, which is located on 11713 Fair Oaks Blvd.

According to BloodSource.org, to give blood you must feel healthy, be at least 18 years old, have had no flu like symptoms in the last 48 hours, weigh at least 110 pounds, and have photo ID or a BloodSource card.

If you are pregnant, had hepatitis after age 10, are taking antibiotics, have AIDS or are at risk for AIDS, or have had leukemia or myeloma, you can not give blood.