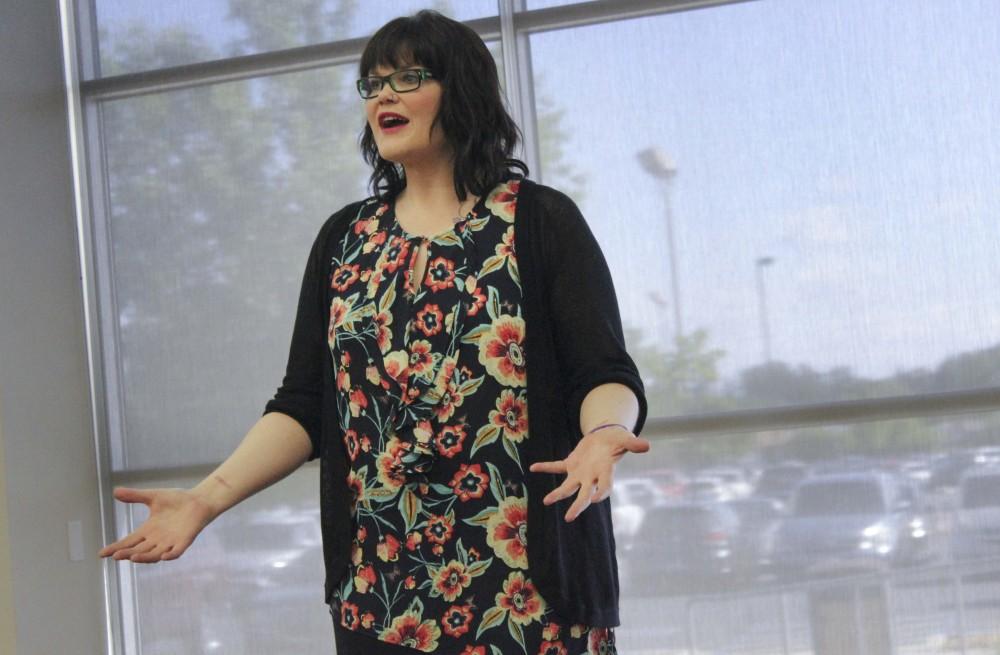 Life coach Barbie Paget lead her audience in a breathing exercise during her stress management workshop on April 27. (File photo)

“We spend every day being chased by a bear,” said Barbie Paget, while explaining to her first module’s audience the impact that stress can have on them daily.

Paget, a certified master life coach, came to ARC on Wednesday to host a series of three modules in the morning and then again in the afternoon, throughout which she shared advice for better living.

“This is YOUR Circus & Those Are YOUR Monkeys: Surviving the juggling act” was the title of the first module — a reference to an old Polish proverb, “Not my circus, not my monkeys.”

In it, Paget handled the topics of stress, procrastination and getting a healthy handle on the state of one’s own day-to-day life.

According to Paget, people let their sympathetic nervous system take control, which controls the “fight or flight” reaction.

She compared being chased by a bear to being confronted with modern stress in that the body’s reaction is the same and introduced the advantages of engaging the parasympathetic nervous system with slow breathing, which the “rest and digest” response comes from.

“The bear is chasing us like it’s our job,” Paget said. “It really only takes three or five deep breaths to activate the parasympathetic nervous system.”

For the rest of the module, she emphasized the importance of living in the moment.

According to her, people should be who they want to be rather than leaving it in the future as a goal.

“We go from obligation to obligation,” she said. “We have to choose and take responsibility of who we want to be.”

And when the going gets tough, she repeated earlier advice; “Just step aside, quiet your mind and take a few deep breaths.”

Part of managing one’s own life was also the idea of learning to say no.

“Saying no is very, very difficult for some people,” she said.

However, it was important enough that she declared it could “revolutionize your life.”

Two ARC students, Brittany Johnson and Lee Vang, shared their opinion of the module afterward while Paget talked to other attendees one on one.

“I really thought that it was actually really helpful, being a college student,” Johnson said.

Johnson, who is attending school, planning her wedding and working three jobs, added that the most important thing she took away was “how to breathe.”

“I think it’s really good, because it gives you a list of how you can relieve stress. … How you can deal with things in the now,” Vang said.