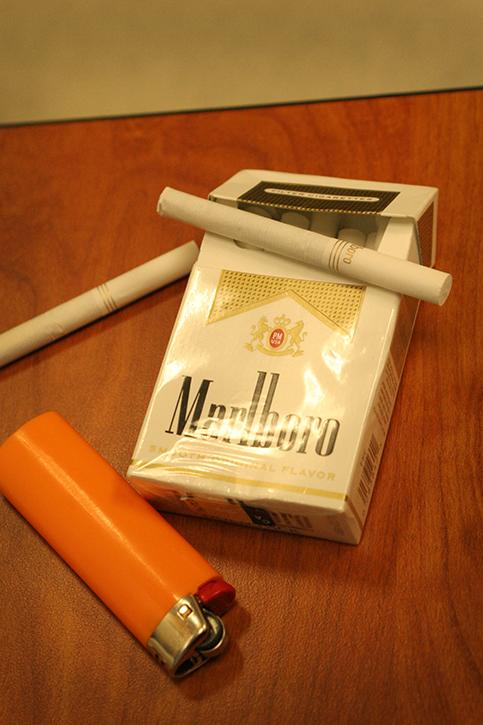 A lot of people have a friend or relative who smoke, but on a campus with 30,000 students, the issue is often an easy way to draw a line in the sand between smokers and nonsmokers.

At the beginning of this semester, Sacramento City College changed their policy on campus smoking, limiting smoking to six designated areas on campus.

The current American River College policy, which limits smoking to thirty feet away from any building entrance, is both seen as effective and ineffective by the two different sides.

ARC student and smoker Josh Baldwin feels that he is personally respectful enough to make a change in smoking policy unnecessary, and that the rule currently in place does just fine.

“Once, someone said I was smoking too close to an open class, but that’s why the rule works,” said Baldwin.

According to ARC public information officer Scott Crow, ARC’s administration are currently looking into the policy, and plan to do extensive research and campus polling in the upcoming spring semester.

Baldwin, who most often smokes in the area between Davies Hall and the 163-170 block of the Liberal Arts department, said that designated smoking areas would need to be located “in spots where people already smoke.”

Carter Inthavong, who uses a vapor pen which also falls under Sac City’s new policy, doesn’t think the average tobacco user infringes on other people’s air enough to be punished.

“Even when vaping first started and it was allowed indoors, I still didn’t,” said Inthavong.

“In general, I don’t think smoking areas are fair … if it’s outside, why do people care?”

Student Janaya Mathis says she cares, because even when smokers follow the rules, it’s not always avoidable.

“Just walking through hallways, there’s smoke everywhere,” said Mathis. “People will sit down right next to you and smoke if you’re in a spot they like.”

Mathis added that she thinks designated areas are fair, and that smokers have nothing to complain about as long as ‘they still get to smoke.”

“I think that if there were room, it would be fine. But every building is right next to each other,” said Calta.

She added that if students have a full day of classes with not much break in between, finding where they are allowed to smoke will get hectic.

“It’s not realistic for people who have classes.”