Covered California comes to ARC with mission to educate 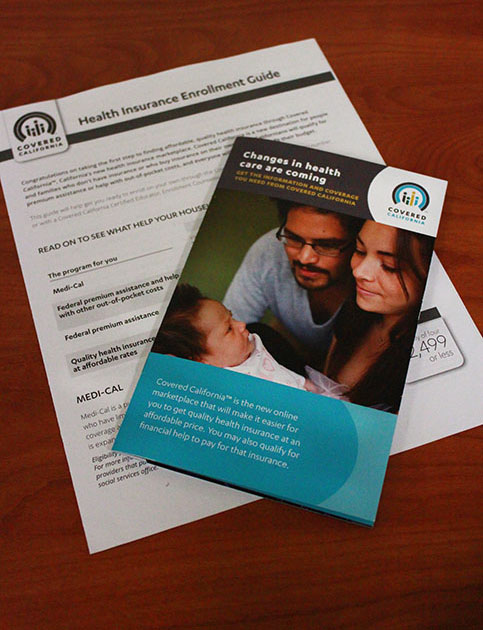 According to a 2013 Gallup poll, Americans under age 30 are the least informed demographic in regards to the Affordable Care Act, colloquially known as “Obamacare.” In order to combat this issue and encourage participation, Covered California, the California insurance marketplace, is offering educational workshops on the law and what it means for students at American River College this February.

Representatives from the UC Davis Center for Reducing Health Disparity, along with Covered California community outreach volunteers, will be running the workshops with a representative from the ARC Health Center on hand to answer questions, according to Los Rios District Public Information Officer Scott Crow.

ARC students and faculty, as well as area residents unaffiliated with the school, were in attendance at the first of the sessions on Feb. 5, during which UC Davis representative Ruben Vazquez and volunteer Gloria Powell presented information on the changes that have been made to the healthcare landscape.

Julius Hawkins, a veteran and business management student at ARC, came to the presentation in search of answers.

“I just did active duty, and I’m in the reserves right now, but I don’t like the reserves, and I’m just trying to get more knowledge about the Obamacare thing,” Hawkins said. “I hear a lot of negativity about it, but the people who say negative things about it, they don’t really know about it at all, so I kinda want to compare Obamacare to my Tricare military coverage.”

“I think even educated people are uniformed about it,” added Hawkins. “They just have negative things to say about it, but then when I ask them ‘Oh, can you help me out with it, because I don’t know about Obamacare,’ they don’t know anything about it.”

This lack of understanding is precisely what the workshops hope to resolve. The presentation covered the basics: Which providers are available through the marketplace (Kaiser, Anthem, Blue Shield, and Western Health Advantage), who is eligible (all legal California residents), and coverage improvements, including emergency services, ambulatory services, hospital care, maternity and newborn coverage, substance abuse and behavioral health coverage, rehabilitative services, prescription drugs and preventative care.

Gloria Powell, one of the two volunteers facilitating the meeting, stated that “College students, young people…when they say that ‘I don’t need health insurance because I don’t get sick,’ I’d say think about what you insure and why. You insure your car incase you get in an accident and want to have someone help you pay for it, but you don’t insure it after, once you get in an accident.”

While curiosity about the program was a common theme amongst the attendees’ reasons for coming, some in attendance were there out of necessity.

“I had been just planning to wait until I reached age 66 and then I could draw Social Security and get Medi-Cal that way…and take good care of my health and pray that I don’t get sick in the meantime…but now I’m required to get insurance, so I’m checking this out,” said retired Sacramentan Doris Brown.

Powell stated that outreach volunteers and certified enrollment counselors would be in the Student Center every Wednesday and Thursday from 10:30 a.m. until 1:30 p.m. to guide students through the application process.