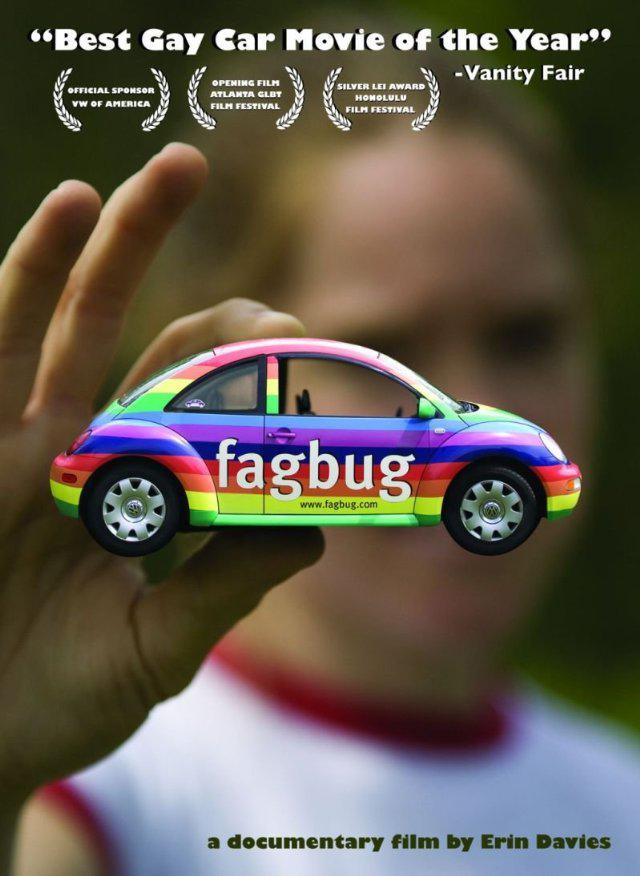 A poster for the documentary "Fagbug." (Courtesy of IMDB)

“Ur a Fag.” This what Erin Davies, a resident of Albany, N.Y., awoke one morning to see spray-painted in red on the hood of her charcoal gray Volkswagen Beetle. The word “Fag” covered the driver-side and passenger-side window. The documentary titled “Fag Bug” was shown at American River College during their college hour on Tuesday Oct. 11.

College hour is held Tuesday, Thursday and the occasional Friday during the hour of 12:15 through 1:15 p.m. During this time in Raef Hall, room 106, ARC faculty arranges an hour of informative learning that anyone at the college is welcome to attend.

Davies decided to start a campaign against hate speech. She drove cross country with the vulgarity plastered across her car. She filmed the reaction of the many viewers in the different states that she drove though.

The film also documents her supporters and non-supporters, as well as the reaction of the police in her neighborhood. Although the police saw the rainbow pride sticker on the bottom center of her rearview window, they still insisted that the act was not a hate crime.

Due to the readings of the police report that the insurance adjuster received, Volkswagen decided to repaint the vehicle so Davies didn’t have to pay out-of-pocket. Davies finished her mission and returned home. She now drives around visiting schools, educating on hate speech.

The college hour was very informative and useful to students who may have sexuality questions or may be looking for a way to help a friend cope with the negativity received from others around them who may not agree with his or her sexual preference.

Each college hour is a different presentation. Thursday, Oct. 20 featured Dr. Soheir Stolba. Known for her work in human rights, Stolba discussed the effects on the women in the Middle East since the impact of the political change. Nov. 1 is a demonstration on self-defense presented by campus police and features a guest speaker from Sacramento County Sherriff’s sexual assault unit.

College hour is a chance to gain knowledge or even open the mind to a new subject. Students who don’t want to go alone can bring a friend. Like it is often said, “the more the merrier.”

Be the first to comment on "College hour features “Fagbug”"