The Sacramento Zoo should stay where it is

Another zoo can be built at the new location 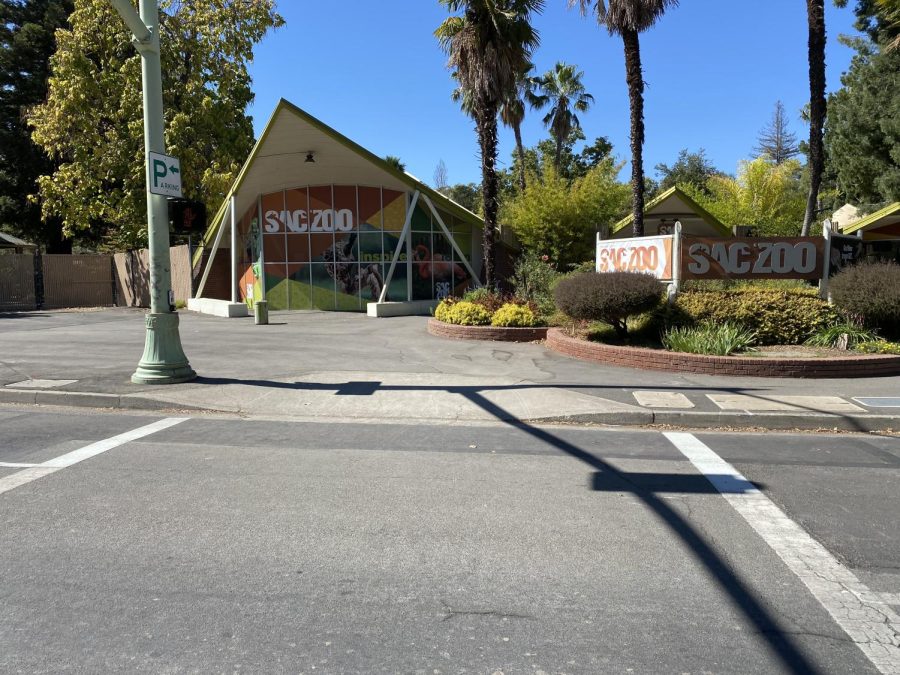 There is a chance that the Sacramento Zoo may relocate from Land Park to a new spot in Elk Grove, but that is not a wise decision. (Photo by Usamah Hammour)

Since 2000, many have disagreed about whether the Sacramento Zoo should relocate from its location in William Land Park. In September this matter returned when Elizabeth Stallard, the zoological society board president, announced that the zoo would relocate to Elk Grove, according to a press release from the Sacramento Zoo. The plan has the support of Elk Grove Mayor Bobbie Singh-Allen and Sacramento Mayor Darrell Steinberg, but many people are conflicted on the topic of moving the zoo bigger location or keeping it in the same spot.

I believe that this zoo has existed in the same spot for 100 years, creating deep memories through generations, and shouldn’t be moved.

Keeping the zoo in its original location is necessary in order to preserve its history. The facilities can be updated as needed. The people who asked to relocate the zoo can also build a new zoo as well if they want a new one

Stallard says the main concern over moving the zoo is for the animals.

“Our first priority is always doing what is best for the animals,” Stallard said in a press release on Sept. 23. “That commitment is driving this opportunity to provide the zoo’s animals with exceptional care in a larger, more modern facility that can better meet their needs and, in turn, inspire and connect more people with the natural world. We are delighted that the Zoological Society and Elk Grove share a vision for what a new zoo could mean for our region.”

I think, if there are any improvements needed to the old zoo, it doesn’t mean that it is necessary to relocate it. The improvements can be done on the old zoo, including any developments necessary for the space, care or comfort of the animals or other upgrades. Singh-Allen says that the new site would honor the history of the old zoo location.

“Elk Grove is well-positioned to provide space and support for a new zoo that will be a major attraction for visitors throughout the Sacramento region and Northern California,” Singh-Allen said in a press release on Sept. 23. “The Elk Grove site will allow the zoo to become one of the country’s world-class zoos, while honoring its nearly 100-year history and heritage in the Sacramento region.”

In September, I visited the Sacramento Zoo, and I met one of the employees there before she started work. This employee said that it’s better to keep the same zoo. Two visitors, who I also talked with,  had differing opinions. One said the zoo should stay, and the other one said the new one would give animals more space.

Sacramento Mayor Darrell Steinberg, meanwhile, says he is still “willing to continue looking for viable expansion sites” for the Zoo within the city limits.

“The question we must answer as a community and as a City Council is what magnitude of public resources are necessary to expand the Zoo here in Sacramento,” Steinberg wrote on Twitter, adding that the city has many needs and crises, such as affordable housing, and expanding the zoo has been difficult, according to Cap Radio website.

I drove to the new location in Elk Grove and thought the area there looked like a desert. The new project will require many years to be completed and will take time to be accepted by visitors.

Some other arguments for moving the zoo are the animals’ comfort, that a bigger zoo can put Sacramento on the map of the cities that have a big zoo, which would increase tourism. Also, the current zoo’s existing area is small, and the parking accommodates a limited number of cars.

The Sacramento Zoo is located within a very beautiful park, William Land Park, and is located between many entertainment activities, such as an adventure play area, amphitheater. fairytale town. Funderland basketball court. golf course. The current zoo location would save money because the zoo is already built.

In addition, the yearly expenses are covered, according to information posted on the Sacramento Zoo website. I believe there is always a third option that is a neutral one, which all sides can accept. The third option, which I believe is best, is to keep the old zoo and build a new one.

The Sacramento Zoo is an essential part of the city’s history, located between many interesting activities within the historical park. So, it is not objective to change the zoo’s location, which neighbors have a warm feeling about.